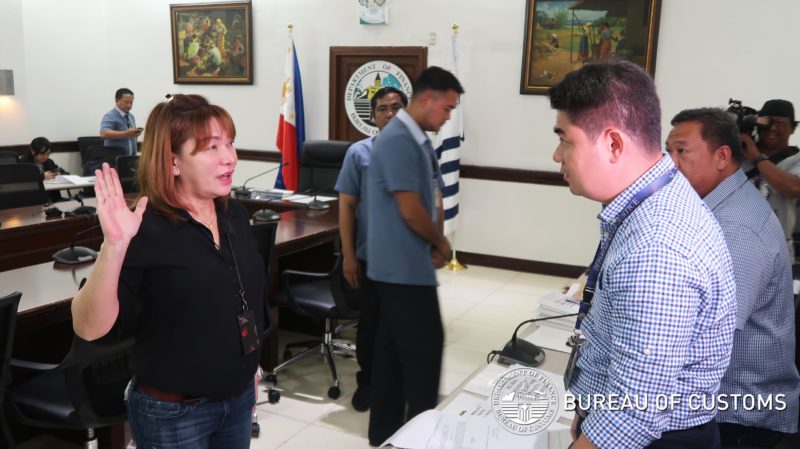 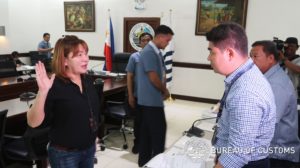 The Bureau of Customs (BOC), through its Bureau’s Action Team Against Smugglers (BATAS), has filed four criminal complaints against the owners, officers, and customs broker of Sta. Rosa Farms Products Corp. for allegedly importing illegally 200 containers of rice from Thailand without the required import permit.

Sta. Rosa Farms was charged on July 26 with violating Section 1401 (Unlawful Importation or Exportation) of the Customs Modernization and Tariff Act (CMTA) and Republic Act (RA) No. 10845, or the Anti-Agricultural Smuggling Act.

Soliman is also named as a respondent in one of the smuggling cases filed by BOC last June 21, 2017.

“The filing of these criminal cases before the Department of Justice shows the commitment of the current administration to ensure that these smugglers are brought to justice. This time they will face serious jailtime under the Anti-Agricultural Smuggling Act as rice smuggling in now considered as a non-bailable offense. We will make sure that smugglers and hoarders of rice will bleed money and will not benefit from their illegal acts,” said Customs Commissioner Isidro Lapeña said in a statement.

Last July 13, 150 of the 200 containers that arrived at Manila International Container Port (MICP) were ordered forfeited in favor of the government, while the remaining 50 containers were declared abandoned by MICP district collector Atty. Vener Baquiran.

Lapeña has instructed the immediate conduct of a public auction to make sure the rice shipments are immediately released from BOC ports and to help provide sufficient supply of rice in the market to stabilize prices.

Complying with the standing order of the Customs chief, BOC sold the rice in a public auction on July 17 and 18, generating total revenue of P177.991 million. As part of the transparency program of BOC, the bureau invited the media to cover the actual public bidding.

“As instructed by the President, the government, particularly the Bureau of Customs, will not waiver in its drive against smuggling of rice in the country and the abuses being done by the rice cartels,” Lapeña said.