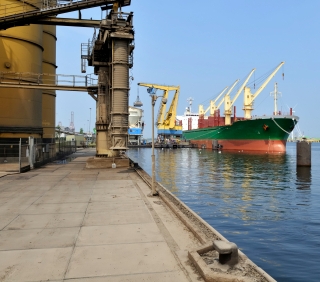 Ship owners, managers and charterers expressed a small increase in industry confidence and in optimism about making major new investments in the next 12 months, according to a shipping confidence survey conducted in the three months ended November 2011 by London-based accountant and shipping adviser Moore Stephens.

The confidence uptick was, however, tempered by concerns about a rise in finance costs and “the negative impact of overtonnaging on the market amid continuing fears about the global economic climate, and the eurozone crisis in particular,” a Moore Stephens statement said.

Europe at 5.1 was the least confident of all geographic regions covered by the survey. In May 2008, confidence in Europe was at a high of 6.6, and as recently as August 2010 was running at 6.1.

Twenty-four percent of respondents (up from 22 percent) cited demand trends as the most significant factor affecting business performance in the next 12 months, with 17 percent opting for competition (unchanged from last time) and finance costs (up from 16 percent last time). Fuel costs were down from 12 percent to 9 percent while tonnage supply increased by 1 percentage point to 13 percent.

In the container ship market, the number of respondents expecting a decline in rates was higher than the number anticipating rate increases. Just 23 percent of respondents (compared to 28 percent last time) expected rates to go up, the second lowest figure since the survey began, behind only the 20 percent recorded in October 2008. Meanwhile, 31 percent thought that rates would go down, the highest figure since the 36 percent recorded in February 2009.

“It says a great deal for the resilience of the shipping industry that, despite the problems facing the sector, and notwithstanding the acute difficulties bedevilling the world economy, our survey showed a small increase in confidence,” said Richard Greiner, Moore Stephens shipping partner.

“Nevertheless, shipping is struggling on a number of fronts. Seldom, if ever, can classic problems within the industry have coincided with such a severe economic downturn and acute debt crisis. Overtonnaging is the issue dominating responses to our survey. Meanwhile, operating costs are set to rise, with a recent Moore Stephens survey predicting a 3.7 percent increase in 2012.”

He added: “These are challenging times. The shipping industry which emerges intact from the current downturn will be stronger than the one which entered it. The loss of some good, well-run companies is the sad but inevitable result of the singular economic conditions currently prevailing throughout the world. But the loss of short-termist, inadequately funded companies will leave the industry in much better shape than it was before the indicators started to point in the wrong direction.”