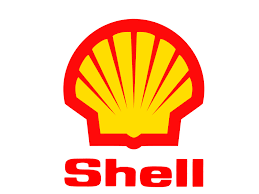 The Philippine Supreme Court (SC) has denied with finality the motion for reconsideration filed by the Bureau of Customs (BOC) asking to be allowed to collect almost P1 billion from oil giant Pilipinas Shell Petroleum Corporation (PSPC), saying the case lacks merit.

In an eight-page resolution by the Special Third Division and penned by Associate Justice Presbiterio J. Velasco, Jr., the high court denied the motion for reconsideration filed by the BOC through the customs commissioner on January 20, 2017 that sought a reversal of an SC decision issued last December.

“The arguments raised by respondent in this pending incident are the very same arguments raised in the petition, which have already been evaluated, passed upon, and considered in the assailed December 5, 2016 decision,” the SC resolution said.

“Ergo, the Court rejects these arguments on the same grounds discussed in the challenged Decision, and denies, as a matter of course, the pending motion,” it added.

The SC also denied BOC’s motion to refer the case to the court en banc, citing lack of merit and adding that no further pleadings or motions would be entertained.

The SC on December 6, 2016 ruled that BOC was already barred, on the ground of prescription under Section 1603 of the Tariff and Customs Code of the Philippines (TCCP), from collecting the dutiable value of the shipment amounting to P936.9 million.

Section 1603 of the TCCP states: “When articles have been entered and passed free of duty or final adjustments of duties made, with subsequent delivery, such entry and passage free of duty or settlements of duties as well, after the expiration of one (1) year, from the date of the final payment of duties, in the absence of fraud or protest or compliance audit pursuant to the provisions of this Code, be final and conclusive upon all parties, unless the liquidation of the import entry was merely tentative.”

The December 2016 decision reversed and set aside the May 13, 2010 decision of the Court of Tax Appeals (CTA) that directed the oil firm to pay the said amount plus an additional legal interest of 6% per annum on the total dutiable value. The amount represented the total dutiable value of PSPC’s 1996 crude oil importation, which was considered as abandoned in favor of the government by operation of law.

The high court noted that PSPC filed its import entry and internal revenue declaration (IEIRD) and paid the remaining customs duties for the shipment on May 23, 1996. However, it was only on August 2000, or four years later, that Pilipinas Shell received a demand letter from the Batangas district collector for the alleged unpaid duties covering the shipment.

On October 29, 2001, or five years after filing the IEIRD, the oil company received another demand letter from respondent seeking to collect for the entire dutiable value of the same shipment amounting to P936.9 million.

“Any action or claim questioning the propriety of the entry and settlement of duties pertaining to such shipment made beyond the one-year prescriptive period from the date of payment of final duties is barred by prescription,” the Court ruled.

The SC also noted that BOC’s 2017 motion was anchored primarily on the alleged applicability of the Chevron Philippines, Inc. v. Commissioner of the Bureau of Customs case to the lawsuit against Pilipinas Shell.

The SC said, however, that the Chevron case could not be applied to PSPC’s case since the facts and circumstances surrounding the two cases were different.

In the Chevron case, the SC said, the evidence on record established that the oil company committed fraud in its dealings.

“On the other hand, proof that petitioner Pilipinas Shell Petroleum Corporation was just as guilty was clearly wanting. Simply, there was no finding of fraud on the part of petitioner in the case at bar. Such circumstance is too significant that it renders Chevron indubitably different from and cannot, therefore, serve as the jurisprudential foundation of the case at bar,” the SC said.