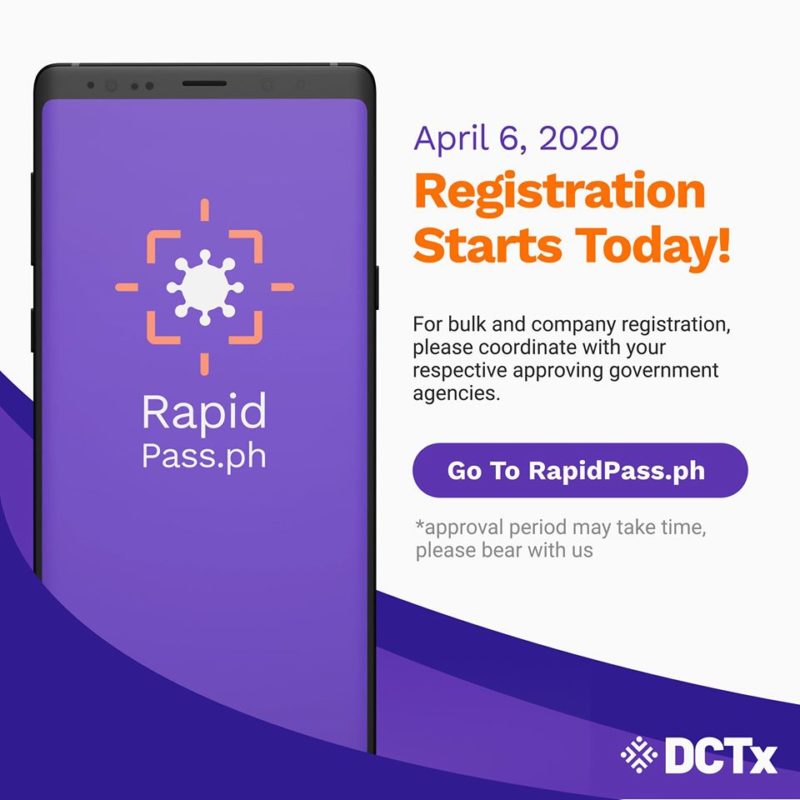 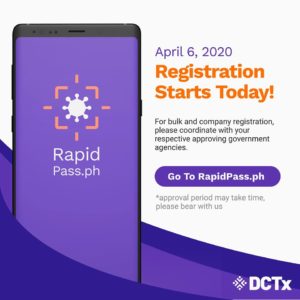 The RapidPass, an online identification system to ease frontliners’ and essential workers’ passage through checkpoints in Metro Manila during the enhanced community quarantine period, has been launched and will be implemented on April 6.

The system, a project of non-profit organization Developers Connect Inc. (DevCon) in partnership with the Department of Science and Technology and Department of Information and Communication Technology, uses QR (Quick Response) code technology to fast-track inspections and minimize person-to-person contact at checkpoints.

“The RapidPass will be available to everyone but it will not be required. They can still choose to present IDs or documents. But this option will be available to those who want to pass through our checkpoints faster and want to reduce contact with others at checkpoints,” Cabinet secretary and Inter-Agency Task Force for Emerging Infectious Diseases (IATF) spokesperson Karlo Alexei Nograles said.

He said the system will initially be available to workers already approved by the Department of Trade and Industry (DTI) as part of a skeletal workforce, those working in essential services, or those given media passes by the Presidential Communications Operations Office.

Medical workers and those transporting essential goods, while already being allowed to pass checkpoints with minimal interference, can still apply for a RapidPass, Nograles said.

The system will be available at all 56 checkpoints in Metro Manila but will be rolled out first in the busiest checkpoints, such as the one on the Marikina-Marcos Highway.

Users can apply online at RapidPass.ph or download the mobile application, and will receive a QR code in a few hours via email once application is approved. Rapid Pass applications can be by individual or by company.

“Companies may send a list for approval and be added into the approved database upon verification,” DevCon convenor Winston Damarillo said.

The QR code can be either printed and posted on the windshield or side door of users’ vehicles or be shown to the checkpoint personnel using their mobile phones.

Facebook
Twitter
Pinterest
WhatsApp
Previous articleICAO to gov’ts: be flexible with validity of aviation certifications to ensure safe operations
Next articleChangi Airport to suspend Terminal 2 operations from May