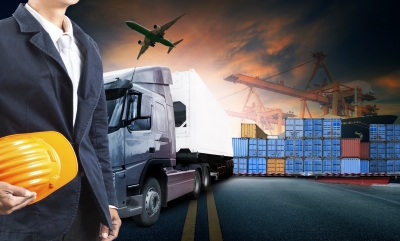 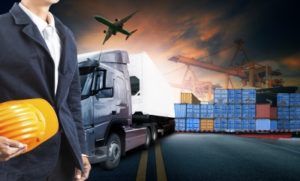 Logistics service providers engaged in the movement of controlled chemicals that fall under a Philippine National Police (PNP) list will soon be required to secure accreditation from the agency.

A draft PNP memo circular (MC) lays out the guidelines and procedures for accrediting logistics providers, customs brokers, freight forwarders, and truckers handling controlled chemicals, in keeping with the law on illegal possession of firearms and explosives (Republic Act No. 9516).

The drawing up of the draft memo follows the release of new implementing rules and regulations for PNP-controlled chemicals that took effect on August 9 which required importers, manufacturers and other supply chain stakeholders to secure licenses for the handling of controlled chemicals.

The draft memo said controlled chemicals are considered dangerous goods, which when transported “require a higher degree of caution, prudence and diligence as well as exacting standards of safety and security.”

It added, “The criticality and vulnerability of controlled chemicals transport cannot be taken for granted, thus, both the government and the private sector should take the concrete step to ensure the proper transport of these goods with the end view of promoting business as well as ensuring public safety.”

The draft memo said PNP is the sole authority that regulates and supervises the possession, manufacture, dealing in, acquisition, or disposition of controlled chemicals, which include their movement and transportation.

It noted that under Section 7.2 of the Implementing Rules and Regulations of RA 9516, “the PNP, through the CSG (Civil Security Group), shall formulate policies and guidelines for the operationalization of PNP accredited logistics service provider/broker/ forwarder/trucker to be utilized in the movement and transportation of controlled chemicals.”

PNP said the guidelines are also based on the final output of one of the technical working groups that had convened earlier to formulate the new IRR on controlled chemicals.

Under the draft memo, the first phase of implementation is creating a PNP Accreditation Board (PAB) to carry out the accreditation process.

The second phase, to be implemented within six months of approval of the memo, orders the PNP’s Firearms and Explosives Office (FEO) to prepare the scope of work and the budgetary requirement for nationwide automation, with the objective of monitoring the land transportation and movement of controlled chemicals through PNP-accredited logistics service providers, brokers, forwarders, truckers, and manufacturers, dealers and purchasers that have company-owned vehicles.

The third phase is procuring and launching the FEO’s nationwide automation system, while the fourth phase will be the mandatory accreditation of all logistics providers, brokers, forwarders, and truckers as well as manufacturers, dealers and purchasers having company-owned vehicles that transport low-risk and high-risk controlled chemicals.

Accreditation will be valid for one year, and renewal must be filed 30 calendar days before the accreditation period expires.

All accredited entities must observe safety and security measures indicated in the MC for moving and transporting controlled chemicals, or else face sanctions, said the PNP.

The PNP chief or his authorized representative, through the recommendation of the PAB, will impose penalties if the accredited entity fails to maintain a permanent record of all transactions or submit reports; fails to observe guidelines for the movement of controlled chemicals on a monthly basis; and submits an erroneous report.

Accreditation will be revoked when the transport or movement of controlled chemicals is carried out by an unlicensed person or entity, or is not covered by an appropriate permit. The same holds true if the driver moving and transporting controlled chemicals is found to be unlicensed or unlisted, or if falsified documents are submitted in applying for accreditation. – Roumina Pablo