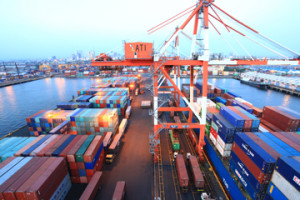 Philippine port operators said they have made adjustments to help ease trucking issues brought about by Manila’s truck ban ordinance.

The Philippine Ports Authority (PPA) said Manila ports are operating normally now despite the ban, and noted an increase in truck operations at the ports on weekends.

In a one-day Truckers’ Summit convened last week by the Department of Labor and Employment and the Aduana Business Club, Inc., PPA supervisor for Manila International Container Terminal (MICT) Roberto Abada said MICT’s yard utilization is now at 70%. This is from 75% three days after the three-day trucking holiday in late February and 78% on March 12.

South Harbor, on the other hand, had a yard utilization level of 60% after the truck holiday and 63% on March 11. For the same time frame, North Harbor recorded less than 60% and 60.4%, respectively.

Metropolitan Manila Development Authority engineer Emilio Pahur said the agency is considering the request, but noted there are certain considerations that have to be looked at such as nearby schools along the north-bound lane.

“Last December, we stopped the operations of our domestic terminal” located at the Container Yard 02 (CY02), freeing up additional 3,000 twenty-equivalent units of yard space.

He said the challenge is that 2nd Street, where trucks pick up containers and return empties, is shared by the South Harbor with other businesses. ATI now uses Gates 2 and 4 to receive empties and exports.

“After the truck ban, on the second day of the operation of the trucks when we implemented the flexibility of the gates, we serviced around 530 truck transactions on CY02 alone and that is where Gate 2 is situated. That’s for the empty container returns and the exports. We’ve come to a point where 2nd Street would only be used by trucks that would right away pick up imports.”

At the Manila International Container Port (MICP), MICT commercial and risk assessment manager Christian Lozano said the port operator “sacrificed four hectares of stacking capacity around the terminal” or a space for around 4,000 TEUs to provide additional parking for truckers.

The truck ban also has had a very human cost: Some truck drivers stuck in the queue claim to have skipped meals for as much as 24 hours. As a result, Lozano said ICTSI is looking at putting up a small store where truckers can buy food while waiting. ––Roumina M. Pablo