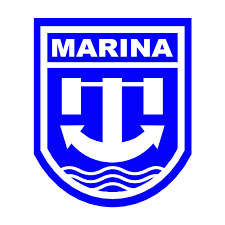 The Maritime Industry Authority (Marina) is reminding shipping operators, Philippine-registered ships engaged in overseas operations, and other stakeholders of 12 International Maritime Organization (IMO) amendments that are entering into force this year and over the following years.

Marina Advisory No. 2017-08 reminded all ship owners, ship managers, masters and officers of Philippine-registered ships engaged in overseas trade; recognized organizations; and other concerned entities to prepare for the implementation of these IMO instruments.

The Philippines is a member state of IMO, the United Nations’ specialized agency responsible for the safety and security of shipping and the prevention of marine pollution by ships.

Earlier, Marina administrator Marcial Quirico Amaro III said the country is preparing for the 2021 IMO Member State Audit Scheme, which is a mandatory audit to determine how well member states perform their obligations and responsibilities as contained in a number of IMO treaty instruments.

SOLAS Venting focuses on amendments to SOLAS regulations II-2/4.5 and II-2/11.6, clarifying the provisions related to the secondary means of venting cargo tanks to ensure safety against over- and under-pressure if a cargo tank isolation valve is damaged or closed. It also clarifies provisions in SOLAS regulation II-2/20 relating to the performance of ventilation systems.

The STCW Manila amendments transitional provisions end, meanwhile, stipulates that STCW certificates must be issued, renewed, and revalidated in accordance with the provisions of the 2010 Manila Amendments.

Among IMO instruments scheduled to take effect over the next few years is MARPOL Amendments on Sewage Special Area NOx tier III reporting, which amends certain parts of MARPOL Annex IV; MARPOL Annex II, appendix I; MARPOL Annex VI; and NOX Technical Code 2008. It will be effective from September 2017.

The Convention on Facilitation of International Maritime Traffic (Revised FAL Convention), which includes mandatory requirements for the electronic exchange of information on cargo, crew, and passengers, will enter into force in January 2018.

MARPOL Annex VI is the new mandatory fuel oil data collection system. MARPOL Annex 1-IOPPC, meanwhile, updates Form B of the Supplement to the IOPPC in relation to segregated ballast tanks, while Annex V-HME includes amendments to provide criteria for classifying solid bulk cargoes as harmful to the marine environment.

In addition, the STCW Polar Waters Emergency Training on Passenger Ships and International Code on the Enhanced Programme of Inspections (ESP Code) will both enter into force on June 1, 2018.

Other amendments to SOLAS Codes will also enter into force by 2020. These include regulation II-1/3-12 on protection against noise, regulations II-2/1 and II-2/10 on firefighting, and new regulation XI-1/2-1 on harmonizing survey periods of cargo ships not under the ESP Code.

Another is the set of amendments to the 2008 International code on Intact Stability (IS Code), relating to ships engaged in anchor-handling operations and to ships engaged in lifting and towing operations, including escort towing; and amendments to the International Code for Fire Safety Systems (FSS Code), clarifying the distribution of crew in public spaces for the calculation of stairways width. These amendments also have a 2020 enforcement date.

Finally, amendments to the International Code for the Construction and Equipment of Ships Carrying Liquefied Gases in Bulk (IGC Code)—on aligning the wheelhouse window fire-rating requirements in the IGC Code with those in SOLAS chapter II-2—are likewise set to become effective three years from now. – Roumina Pablo