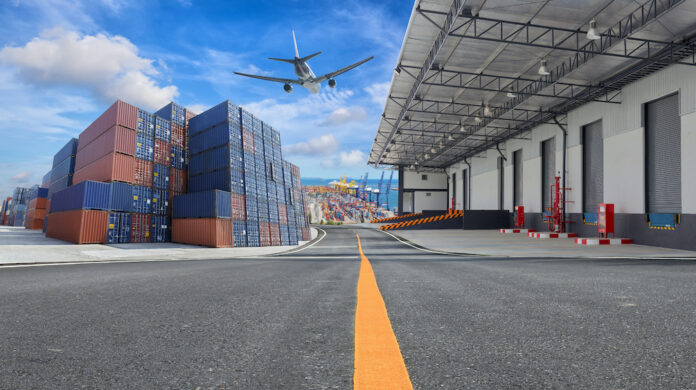 Port and supply chain stakeholder groups in the Philippines have voiced varying levels of optimism this year amid the COVID-19 pandemic, the health crisis that has brought new challenges to the fore and highlighted existing ones.

Supply Chain Management Association of the Philippines (SCMAP) president Pierre Carlo Curay told PortCalls their overall outlook “is quite bullish, as supply chain and logistics is essential to almost all industries,” and the industry’s growth is tied to the economy bouncing back from the effects of the pandemic.

Curay said the industry is “quite resilient,” and in both good and bad times, its services are needed and contribute to cost savings and survivability of any enterprise.

He added that in general, the industry is “adaptable” and has been able to adjust to and overcome challenges encountered during last year’s multiple lockdowns.

The Philippine Multimodal Transport and Logistics Association, Inc. (PMTLAI) also has a generally positive outlook for the year, expecting 2021 to be slightly better but not dramatically improving from last year, according to president Marilyn Alberto.

Association of International Shipping Lines (AISL) general manager Atty. Maximino Cruz said they are “cautiously optimistic” that import volumes in the country will grow 10% to 15% this year as against 2020. The group, however, sees no significant growth for exports this year.

Preliminary data from the Philippine Ports Authority (PPA) showed foreign cargoes decreased by 7% in 2020, with imports down by 10% and exports by 2.4%. Foreign container traffic dropped 14.5%, with imports and exports plunging 14.2% and 14.9%, respectively.

With COVID-19 cases increasing again, the Port Users Confederation of the Philippines (PUCP) holds a conservative outlook but expects a better year than last year.

READ: PH container volume projected to grow up to 8% in 2021

Philippine Coastwise Shipping Association (PCSA) president Paul Rodriguez, on the other hand, said the domestic shipping sector still holds a negative outlook even until next year and 2023 due to weak consumption brought about by the pandemic-induced global economic slowdown.

Domestic shipping has been hit hard by the pandemic, with volumes falling 24% to 79.274 million metric tons (mt) last year from 104.428 million mt in 2019, according to preliminary data from PPA. Data from the Philippine Statistics Authority also showed domestic trade volume and value declined in all quarters of last year, with a historic decline of 77.8% in volume and 69.1% in value in the second quarter of 2020 when lockdowns were stricter.

SCMAP’s Curay said that while optimistic, the group anticipates that one of the persistent challenges this year is the rising number of COVID-19 cases.

“Having the majority of the industry that needs to be on the field will be quite a challenge,” Curay noted.

Another challenge, according to both Curay and PCSA’s Rodriguez, is the rising cost of fuel, as fuel represents a major chunk of logistics cost.

Curay noted that as fuel prices rise, “logistics costs [do] the same.”

Moreover, Alberto said port congestion in major ports around the world is unlikely to significantly improve in the short term. She noted this means longer dwell times, irregular sailing schedules, and importers taking more time to return empty containers, which in turn is causing artificial shortage of containers.

“While exporters/importers are used to rates going up and down, too much freight rate increases can make some businesses unsustainable (especially those with low-value products) and can change shipping decisions—from near shoring, postponing or deciding not to ship at all—which can mean lost business for our exporters and eventually logistics service providers like us,” the PMTLAI president pointed out.

With all these challenges, Alberto said logistics service providers “have to be more creative and proactive in providing solutions to address the challenges.”

“The effectiveness of each company’s solution will largely depend on the strength of their network, their relationships with the carriers that they are using, and their close coordination with their clients,” she said.

“Considering the fact that there are a lot of uncontrollable factors in the current market situation, close and constant communication of all stakeholders will be of big help in forecasting, capacity planning, and the execution of mutually agreed cargo transportation solutions,” she added.

Shipping line charges are also still a concern for PUCP, which last year filed a complaint with PPA’s newly created Shippers’ Protection Office (SPO), urging it to act on the long-standing concern. PUCP said they are “in the midst of having its concerns with international shipping companies resolved by the SPO.”

For AISL, meanwhile, Cruz said “the bottlenecks that hamstring the supply chain starting from the time of vessel arrival up to the actual delivery of goods to destination continue to remain pressing issues.”

“While much credit can be given to the Bureau of Customs [BOC] because of its relentless effort to automate its cargo clearance process, there are still a lot of concerns on its ability to efficiently dispose of overstaying cargoes which eat up considerable space in the terminal,” Cruz noted.

He said it is high time for BOC to completely reengineer its cargo disposal system, from the sale to goods at auction to the condemnation of cargoes. Disposal of overstaying cargoes has been a concern of AISL for years since their containers are also held inside the terminals and cannot be used instead for exports.

AISL also wants to actively participate in the review of the 2010 Customs Port Operations Manual in order to harmonize it with pertinent provisions of the Customs Modernization and Tariff Act (CMTA).

He noted that shipping lines were left out in the cold when BOC issued the manual, which he said customs officers still rely on despite the effectivity of the CMTA. Cruz said relying on the outdated manual for guidance affects efficiency of vessel and port operations.

On the infrastructure side, Cruz noted that while construction of the government’s infrastructure projects, completion of which has been delayed by the pandemic, has resumed, “these [projects] will not be enough to address problems faced by the logistics sector in terms of timely delivery and distribution of goods.”

Moreover, the varying responses of local government units (LGUs) in meeting emergency situations have led to conflicting and confusing local executive orders which have only caused serious disruption in the supply chain, Cruz said.

He noted that unless LGUs’ actions are carefully calibrated through the intervention of the national government, conflicting orders “will always be a concern not only for 2021 but for the years to come.”

“No amount of infrastructure building will satisfy the logistics requirements unless and until local leaders will be able to wield their vast powers and authority in harmony and in tandem with its neighboring cities for the common good,” Cruz added.

To effectively address concerns of the industry, Cruz bats for close collaboration of affected stakeholders.

“The association cannot do it alone. Most of the challenges faced by port stakeholders are common. Issues ranging from the need to accelerate infrastructure building, disposition of overstaying cargoes, conflicting LGU policies and others all emanate in one overarching consideration, that is, a continuous, uninterrupted supply chain for the whole country. We need one, united voice in order to be heard,” Cruz said.

For PMTLAI, Alberto said they are hoping the country will finally have an institution similar to the United States’ Federal Maritime Commission (FMC), an independent agency responsible for regulating the US international ocean transportation system.

Freight forwarders and other port stakeholders in the country have been pushing for an agency that will regulate foreign shipping lines and their charges; there is currently no agency overseeing the lines.

While there are challenges, Curay said major opportunities for this year are the growth of e-commerce and the rise of digitalization in supply chain and logistics operations.

“Logistics and supply chain is actually a major part, if not the most important component, of e-commerce,” Curay pointed out.

“In fact, because of the pandemic, digitalization and e-commerce have been accelerated by 5-10 years, so basically welcome to 2031. Having said that, the industry players should move into digitalization just like what the banking sector did 5 years ago. Those banks who digitized were able to grow exponentially last year even through the pandemic but those who didn’t had more difficulty during that period,” Curay said.

PMTLAI’s Alberto also sees the “spiraling growth of e-commerce” as presenting an opportunity this year, as do transportation options which were not widely used before the pandemic and “which may eventually become one of the norms if found effective.”

Earlier, Alberto noted the rise of “preighters,” or passenger aircraft used as freighters to transport cargoes while passenger traffic is still low due to travel restrictions.

AISL also sees automation of processes and online transactions as providing opportunities for this year.

Cruz said the present situation has paved the way for Republic Act No. 11032, also known as the Ease of Doing Business and Efficient Government Service Delivery Act of 2018, to be in full swing.

PMTLAI’s Alberto hopes for “real and effective automation and streamlining of processes of each government agency we deal with.”

As the economy slowly opens, PUCP expects the country’s volume of trade to grow significantly. PCSA’s Rodriguez also hopes for the re-opening of economic activities so normal trade and commerce can resume.

PMTLAI’s Alberto and SCMAP’s Curay hope for “an effective and widespread vaccination program to help in spurring economic activities.”

To help the country bounce back faster, Curay is pushing for a more collaborative approach to the distribution and implementation of vaccines.

“To add to that, more visibility and transparency are needed on vaccine distribution,” he said, noting the industry is working closely with government partners, particularly with the Department of Trade and Industry.

Curay and PMTLAI members still look forward to the completion of the government’s infrastructure projects such as ports, roads, bridges, and rail as this will cut transport time, support faster delivery times, especially for e-commerce, and lower the cost of goods. – Roumina Pablo