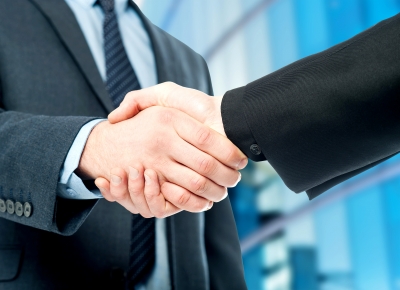 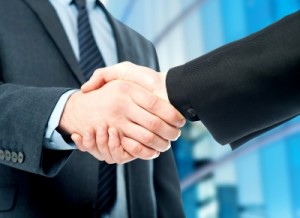 Only about 25.4% of Philippine companies take advantage of free trade agreements (FTAs), according to a state think tank.

The Philippine Institute for Development Studies (PIDS), in a recent study entitled “How Are Firms Responding to Philippine Trade Agreements?” and co-authored by Rafaelita Aldaba, showed that only 36 of the 142 surveyed companies in the manufacturing and services sectors use FTAs.

“The Philippines has been rather more cautious in its FTA policy than some of its ASEAN (Association of Southeast Asian Nations) neighbors,” the study said. It added that the use of FTAs has not been given much attention until recently with the forging of the country’s first bilateral FTA with Japan.

For the manufacturing sector, the study showed that of the 108 respondents, 33 or 30.6%, which are mostly medium-sized companies, are FTA users. Moreover, firms with foreign equity use FTA more than their domestic counterparts do. Over 75%, or 25 out of the 33 FTA users, are firms fully or partially owned by foreigners, while only seven of the 26 domestic firms stated that they use FTAs.

PIDS said this utilization rate points to a weak inclination among exporters and importers to use FTAs in trade transactions. The survey also revealed that these firms mostly export to destinations like the U.S. and the European Union, with which the Philippines has no outstanding FTAs but where it still enjoys lower tariffs because of the country’s membership in their Generalized System of Preferences (GSP). Other major export destinations are Japan and China.

Another finding is that firms in zones also tend to have a higher FTA utilization rate since many of them are exporters. Close to 70% of the firms in the survey are located mostly in export processing zones and special economic zones.

“It also worth noting that based on past studies that the use of FTAs complements the tariff exemption privileges on inbound raw materials and equipment offered to firms located in economic zones,” PIDS said.

Incentives granted by economic zones are viewed by firms to be important in promoting and maintaining investments, while preferential tariff rates under FTAs, which are just as important, reduce costs and increase the chances of gaining markets abroad, according to a 2011 study by PIDS.

In sectoral classification, survey results indicated that FTA use is highest in the automotive and electronics sectors, as well as in the apparel and leather cluster.

Like the manufacturing sector, services firms also apply for tariff concessions under the GSP, and use Forms D, E and AK of the certificates of origin (COOs), which cover imported goods using the ASEAN FTA (AFTA), ASEAN-China and ASEAN-Korea FTAs. According to the International Chamber of Commerce, a COO is an important international trade document attesting that goods in a particular export shipment are wholly obtained, produced, manufactured, or processed in a particular country.

However, unlike manufacturing, trade relations with Japan, either via ASEAN-Japan or PJEPA, do not feature in the COO applications of firms in the services sector. “Perhaps this is because AJCEP and PJEPA are relatively recent,” PIDS noted.

The think tank has listed some key recommendations to help increase the use of FTAs by Philippine firms.

“Although the utilisation rate of FTAs reported by the manufacturing sector is increasing compared with a recent study (Wignaraja et al, 2010), there is room for improvement in the usage of FTAs by both manufacturing and services sector firms,” PIDS said.

The two sectors report that FTA utilization is hampered by a lack of information that, when available, is rated poorly in quality and volume.

PIDS said the government, through the Department of Trade and Industry (DTI), “clearly needs to strengthen, broaden the scope, and make more effective promotional campaigns and technical training, both live and online.”

The think tank noted that information may need to be targeted at manufacturing firms located in export processing and special economic zones to make them more aware of the extra benefits available from FTA usage beyond those that are zone-specific.

DTI, for its part, has already made considerable efforts to increase FTA awareness through its Doing Business in FTAs (DBFTA) sessions nationwide, and the publication of a DBFTA handbook and FTA primers.

However, PIDS said the government, as the main source of information on FTAs, “needs to further promote FTAs by setting up a portal where information about the benefits of FTAs, the process of gaining access, the requirements and forms, and other relevant information that firms and other major stakeholders might need, can be easily accessed or downloaded.”

Business associations and chambers of commerce are reported as the second major source of information on FTAs. PIDS said “it would be more beneficial for the Government and the private sector to coordinate efforts more closely.”

Moreover, regular monitoring and setting up of a system by the Bureau of Customs to analyze FTA utilization will be useful, according to the think tank.

PIDS also recommended a review of the COO access procedures to achieve a smooth, simplified, and speedy process, as this will greatly ease apprehensions and lessen the costs of firms that attempt to use FTAs for the first time. Computerization of COO issuances should be pursued and integrated with the National Single Window (NSW), it added. – Roumina Pablo

Finally, increasing FTA utilization can be spurred by greater regional efforts to harmonize rules of origins (ROOs), “not just on the level of procedures but also the rules themselves.”

“Apart from addressing issues such as fake COOs, continued coordination among countries would help reduce the complications arising from different ROOs and would lay the foundations for RCEP (Regional Comprehensive Economic Partnership).

The Philippines has concluded seven FTAs and is currently discussing new partnerships.

Image courtesy of stockimages at FreeDigitalPhotos.net

Pullout of containers from the Cebu International Container Port for transfer to domestic baseports and container yards within the port zone may be...
Read more
Customs & Trade