PH Congress to approve customs modernization act within the year 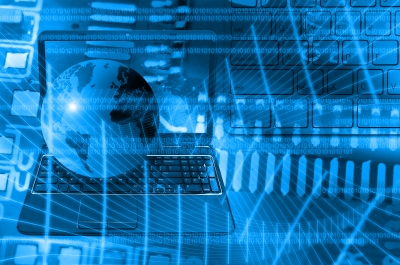 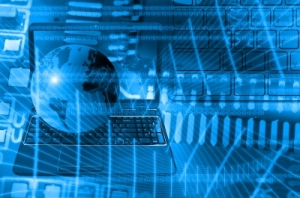 The Customs Modernization and Tariff Act (CMTA) is a priority measure in Congress whose passage is eyed before the end of the year.

Marikina Representative Romero “Miro” Quimbo, chairman of the Lower House Committee on Ways and Means, said his committee will approve the CMTA “by Tuesday next week (October 28)” after which it will be transferred to the Senate for hearing before the end of the year.

The CMTA will replace the Tariff and Customs Code of the Philippines (TCCP), last amended in 1978.

For 19 years, there were moves in Congress to modernize the TCCP, but only now will such a bill “see the light of day,” Quimbo said during a presentation at the 40th Philippine Business Conference.

The solon said the CMTA will create a “paradigm shift” in the Bureau of Customs (BOC), changing its orientation from being a collector of revenue to a “facilitation agent.”

With the measure, BOC’s first mandate will be to facilitate trade, followed only by guarding the country’s borders against prohibited or contraband goods, then collecting revenue, Quimbo said.

Among others, the CMTA will simplify Customs procedures for disposition, forfeiture and seizure of contraband goods; institute steeper penalties for illegal shipping practices; raise the “unreasonable de minimis value of P10 today to P5,000” so that incoming goods with a value of P5,000 and less will be exempt from duties; and  “fully operationalize, if not strengthen” the Philippine National Single Window, Quimbo said.

“We also hope it will democratize transactions by redefining the roles of customs brokers. It must be noted that their exclusivity to handle importation and exportation cases has already been abolished under the Revised Kyoto Convention (RKC).” The CMTA will be fully compliant with RKC, to which the Philippines is a signatory, he said.

Customs brokers are contesting the CMTA provision which allows importers and exporters or their representatives to lodge transactions on their own, since this will do away with the need for the services of customs brokers.

“As we continue to consult with (customs brokers), we believe that they would understand the need to adjust their skills to the… changing economic conditions. We await this paradigm shift and we hope they embrace this change,” Quimbo noted.

He said he hopes that CMTA, though not the sole solution to smuggling, “can be a strong catalyst in lessening opportunities for human transactions” and will minimize discretion as it increases penalties for offenses.

Meanwhile, the European Union (EU) and the Philippine Chamber of Commerce and Industry (PCCI) called for less red tape and greater trade facilitation measures in anticipation of the regional integration in 2015.

“The full integration of Asean (Association of Southeast Asian Nations) into the Asean Economic Community (AEC) in 2015 offers golden opportunity for the Philippines to institutionalize trade facilitation measures and paves the way for its participation in more advance trade agreements such as the Regional Comprehensive Economic Partnership Agreement,” the two organizations said in a joint statement.

The statement came almost a year after the negotiations on the World Trade Organization Trade Facilitation Agreement was concluded. The agreement aims to simplify and streamline international import and export procedures.

“Trade facilitation makes the costs of the entire logistics chain competitive and supportive of existing businesses and helps to attract new ones. It is effectively a measure of competitiveness as it spurs investments, economic growth and development,” the joint statement said.

It added that the government can benefit from simplified and streamlined trade procedures, noting that more efficient customs administrations will likely have a positive impact on revenue collection and create a higher volume of trade.

“Businesses become more competitive as they can deliver more quickly to their customers at reduced costs. Consumers gain because they are not paying the costs of lengthy border delays.” — Roumina Pablo

Image courtesy of twobee at FreeDigitalPhotos.net