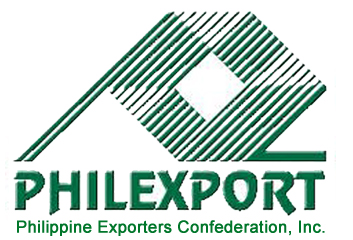 Former Philippine Internal Revenue Commissioner Emil Ong and his deputy, Ronald Cosalan, must be a couple of very brave congressmen.

In one sitting early last month, their Labor and Employment committee approved two highly combustible bills. The first, House Bill 375, seeks to legislate P125/day across-the-board increase for workers of all ranks in private businesses. The second, House Bill 4972, grants workers a 5% share in their company’s annual net profit (before taxes).

The discussion was spirited when a cross section of organized labor, executives of the Department of Labor, resource persons from the academe and non-government organizations promoting industrial peace took turns expressing their views on profit-sharing.

They must have been inspired by Rep. Ong’s opening statement calling on the need to institutionalize social justice provisions under the Philippine Constitution. In that statement, he also noted the 5% profit share is labor’s “just  share”. He made himself an example. As part-time professor of a college in Manila, he only lately received a profit share of P80,000 from that school’s earnings last year.

Profit sharing is adopted by only a few companies in the Philippines. The entire business community should have been up in arms by now over the House proposals. But we don’t see the protest forthcoming, not because business is suddenly unanimously for profit sharing, but because of the timing of the bills’ approval. It came on the last working day of lawmakers before the mid-term elections.

A bill becomes a law only after both houses of Congress agree on a common version and the sitting President signs it. That is a long, long way down the legislative road, considering the Senate counterpart bill is pending before the Labor Committee of Senator Jinggoy Estrada. His version calls for an annual productivity incentive bonus of 10% — vastly different from the House version.

To business, the session break came just in time. As they are, the two House bills are not acceptable to business in their current versions. Arguments against them include the volatile local and global business environment; the inability of small and medium enterprises to comply due to unstable economic conditions; and the lack of flexibility to implement appropriate enterprise- or sector-specific incentives that are productivity-based.

On the other hand, big businesses especially those in the business process outsourcing and electronics sectors are mostly over compliant in terms of incentives and performance rewards. Opening an environment that will curtail or abuse these programs is definitely counter-productive and discouraging to investors.