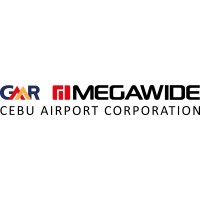 Megawide Construction Corp. said it will abide by the judicial process but reiterated it maintains adherence to Philippine laws as warrants of arrest were issued against the directors of its airport subsidiary, GMR Megawide Cebu Airport Corp. (GMCAC), for alleged violation of the Anti-Dummy Law.

In a statement on November 26, Megawide said it received information that warrants of arrest have been issued by the Lapu-Lapu City Regional Trial Court (RTC) against the directors of GMCAC.

Megawide said “this is a procedural step to acquire jurisdiction over the persons of the said directors, and is being addressed with the posting of bail.”

In a regulatory disclosure on the same date, Megawide said the RTC proceeded with issuing warrants of arrest despite the respondents’ timely filing of an omnibus motion with the RTC seeking judicial determination of probable cause; quashal of the warrant of arrest if issued, or if unissued, defer issuance; and dismissal of the case for lack of probable cause and due process.

GMCAC is a joint venture formed between Megawide and India’s GMR Infrastructure after it won the public-private partnership contract to expand and operate Mactan-Cebu International Airport in 2014.

“Megawide and GMR, through GMCAC, transformed the Mactan-Cebu International Airport into the Philippines’ only internationally-acclaimed and award-winning airport, and have done so through a firm adherence with all applicable laws, rules, and regulations, particularly as both are widely-held publicly-listed companies,” Megawide said.

“Megawide and GMR honor the trust of the Filipino public and have always done so in all its projects. We will diligently respond to this case in the proper fora and abide by the judicial process,” the company added.

The respondents allegedly acted with a common purpose and intention to allow foreign nationals to perform executive functions, particularly to manage and operate MCIA in violation of the Anti-Dummy Law.

Prior to receiving the resolution, Megawide said none of the GMCAC officials obtained or received any subpoena or order from the Office of the Ombudsman directing them to submit their respective counter-affidavits. As a result, the respondents did not have the opportunity to present their defenses and participate in the preliminary investigation.

Subsequently, the respondents filed a Petition for Review with the Department of Justice assailing the finding of probable cause.