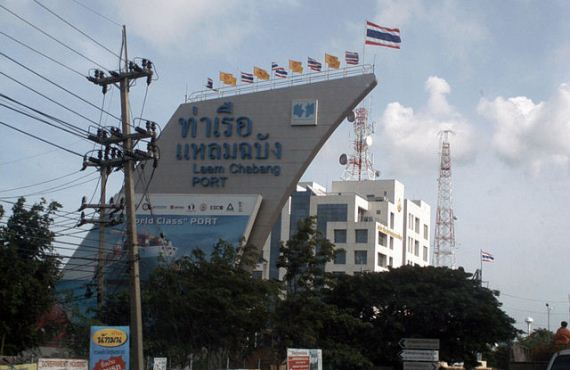 With the acquisition, JWD will become a major international container terminal operator at Laem Chabang and inland container depot (ICD) service provider in Ladkrabang, one of the eastern districts of Bangkok. This will increase JWD’s capability for multimodal transportation services, by land, sea and rail.

It will also become a partner with ESCO shareholder PSA Singapore, the world’s largest port operator by equity-weighted throughput.

The JWD investment will be funded by the recent issuance of debentures as well as from operating cash flow, according to Charvanin Bunditkitsada, CEO of JWD InfoLogistics.

“Initially, JWD Transport will take a 15% effective share in ESCO, with an option to increase to 20% within the next 6-12 months,” he added.

ESCO currently operates three international container terminals within the Laem Chabang port. It directly develops and manages a concession from the Port Authority of Thailand, while it is a shareholder of the company that holds the concession to operate LCB1 and LCMT terminals.

In 2020, the three cargo terminals handled about 2 million twenty foot-equivalent units (TEUs), or 20% of the total throughput processed at the Laem Chabang port. The demand for services at the international container terminals is expected to grow continuously with the recovery of the world economy following improvements in the pandemic situation in the US and Europe, JWD said in a release.

ESCO is also one of six inland container depot (ICD) service providers at Ladkrabang, handling container traffic for various shipping lines not located within Laem Chabang Port. Revenue is derived from the operation of the container yard and import and export warehouses, Customs clearance services, and furbishing and transporting containers by land and rail. This will increase opportunity for JWD to offer its freight business and additional services to users of Ladkrabang ICD Station.

“JWD expects to realize its share of capital gains from ESCO no later than October,” Charvanin added.

The investment in ESCO will extend the company’s international freight port operations in Laem Chabang. And with its stake in Transimex, a major logistics provider from Vietnam, JWD will also be able to provide multimodal transportation services, connect a wide range of freight services including by car, rail, water, and increase the opportunity to expand its customer base from container port service and ICD Ladkrabang station service to provide a full range of logistics services.

“Therefore, this investment will help to expand our customer base as well as both our Bangkok-to-Laem Chabang and ICD Ladkrabang-to-Laem Chabang transportation services. Also significant is the provision for using the cargo traffic data from Laem Chabang international port to further develop our logistics capabilities,” Charvanin concluded.