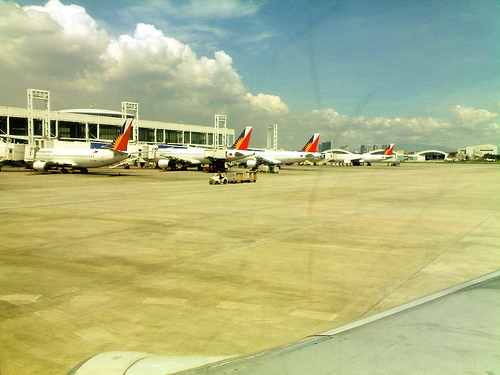 “Lines are trying to block the rate increase as the shipping business has not been too good of late,” said the chief of a foreign carrier operating in Manila.

Cargo volume in Manila inched up slightly this year, he explained, but freight rates are under “substantial pressure… as most ships are being laid up plus new tonnages being introduced.

“We also expect Philippine exports to be low in certain areas as exporters are struggling with the strong peso,” the source, a former official of the Association of International Shipping Lines, explained.

He said A.P. Moller-Maersk’s financial condition is reflective of the state of the container shipping industry. The Danish company reported a 67.9% drop in profit from its container business in the first half to $393 million due to falling freight rates and higher fuel prices.

ICTSI and ATI have filed a petition with the Philippine Ports Authority (PPA) for a 21% tariff increase for implementation by 2012. The operators are eligible to raise their rates after every two years.

Last year, they completed the second of a two-tranche 15% total increase approved by PPA to recover losses related to manpower, labor, fuel and other increases in operational expenses.

PPA has already formed a committee to hear the port operators’ petition. The committee consists of representatives from the National Economic and Development Authority, Department of Trade and Industry, Department of Public Works and Highways, Office of the Government Corporate Counsel, Maritime Industry Authority, PPA, and the private sector.

This year, ICTSI has earmarked $356 million in capital expenditure and ATI, P1.9 billion. The two ports handle the bulk of the country’s foreign trade.