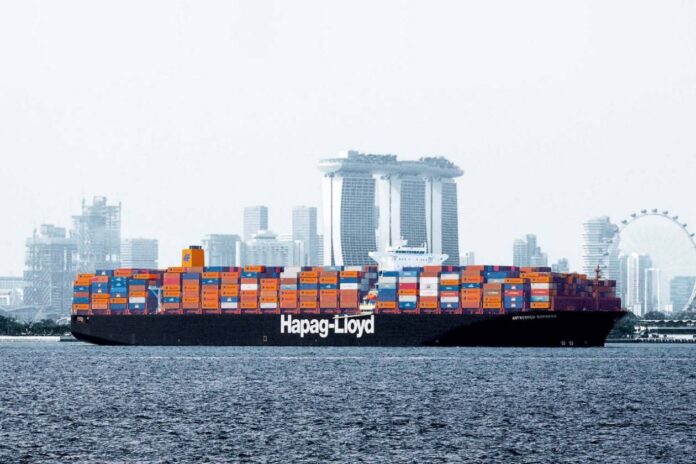 ”The year has got off to an exceptionally strong start on the whole, and whilst there have been first signs that the market has passed its peak we also expect a strong second quarter,” said Rolf Habben Jansen, CEO of Hapag-Lloyd AG.

Many ports are still congested, and hinterland infrastructures are strained, which together is resulting in longer turnaround times for ships and containers.

Overall, transport volumes were roughly on a par with the prior-year level, at 3 million TEU. The result was impacted by significantly increasing expenses for container handling and a roughly 60% higher average bunker consumption price, which stood at $613 per tonne (Q1 2021: $384 per tonne) in the first quarter.

Based on current business performance, the second quarter will exceed earlier expectations, the company said. As a result, the Executive Board of Hapag-Lloyd AG raised its earnings forecast for the current financial year on April 28.

For the 2022 financial year, an EBITDA in the range of $14.5 to $16.5 billion and an EBIT from $12.5 to $14.5 billion are now expected. The forecast remains subject to considerable uncertainty given the ongoing COVID-19 pandemic and the war in Ukraine, the company said.

“Global supply chains continue to be under significant pressure – not least because of the recent measures taken in China in response to COVID-19 outbreaks. This situation is expected to improve in the second half of the year. For our customers worldwide, we will do everything in our power to help normalise this difficult market environment as quickly as possible. At the same time, we will continue to focus on quality and sustainability and further implement our Strategy 2023,” Jansen added.