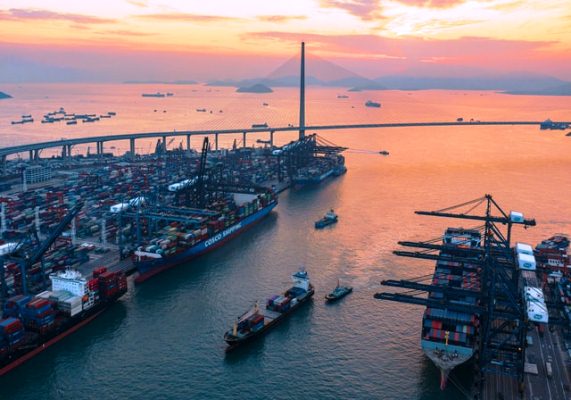 The impact of the Suez Canal blockage was felt only by mid-April, with ocean freight rates reaching a new high last month as reflected in the Freightos Baltic Global Container Index (FBX), according to a new report.

Congestion, delays and equipment shortages due to the Suez blockage drove a 5% increase in the FBX—a measurement of the spot rates for 40-foot containers (FEUs)—in April to a new high of US$4,376 per FEU, said the Baltic Exchange report.

Though the mega container vessel Ever Given was cleared before the end of March, the effects at Europe’s ports and the resulting increase in rates were only felt in mid-April when the surge of delayed and scheduled ships arrived all at once. This created delays, backlogs and a worsening of the empty container shortage at Asian origin ports, while demand remains very strong.

“Schedule disruptions and equipment scarcity are expected to continue through the first weeks of May before improving in June,” said the report.

From mid-February to mid-April, Asia-North Europe freight rates gradually declined, dipping 14% below their record February high. But in late April, Suez impacts reversed some of that dip, pushing prices up 4% compared to last month to $7,730 per FEU.

“But the fact that the Suez crisis did not send rates spiking may be a sign that these already extremely elevated rates are already pushing at market tolerance for higher prices,” said the report.

Europe-North America rates that had begun climbing last month on improving demand and some blanked sailings by carriers spiked 57% this April to $3,428/FEU, an 83% increase since the start of the year.

This trans-Atlantic jump is likely a result of Suez-driven congestion and competition for equipment at European origin ports as well as reduced capacity as carriers may be reallocating resources to alternate oversold lanes.

Asia-US East Coast rates increased 7% to $6,203/FEU, after reaching a new high mid-month, likewise a result of still-surging demand and some reduced capacity from Suez delays.

Trans-Pacific Asia-US West Coast rates fell 6% to $4,854/FEU, still triple last year’s level. Though port congestion and delays have improved compared to the start of the year, they continue to be a problem as estimated volumes in March and April were not much below the October peak. Consumer demand and still-lagging inventory levels suggest no let up is coming anytime soon, with additional demand from the start of ocean’s annual peak season in July not far off.

Photo by Manson Yim on Unsplash