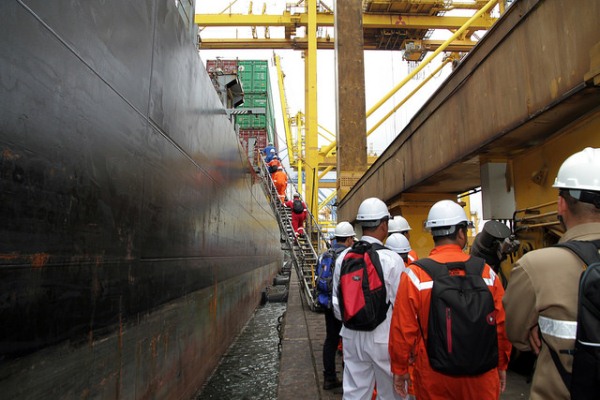 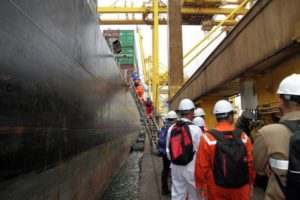 The amendments to the FAL Convention will require national governments to introduce electronic information exchange, including EDI or electronic data interchange, to transmit information related to maritime transport.

“This should be in place by 8 April 2019, with provision for a transitional period of at least 12 months during which paper and electronic documents would be allowed,” said the IMO in a statement.

“Use of a ‘single window’ for data is encouraged, to enable all the information required by public authorities in connection with the arrival, stay and departure of ships, persons and cargo, to be submitted via a single portal, without duplication,” the IMO statement added.

Three additional documents have been introduced for ships’ clearance that may be required by the shore authorities—security-related information required under SOLAS or International Convention for the Safety of Life at Sea; advance electronic cargo information for customs risk assessment; and advance notification form for waste delivery to port reception facilities.

Meanwhile, seafarers’ rights to shore leave have also been strengthened. The amendment to the international standard on shore leave adds a new provision, on top of the requirement to allow crew ashore while the ship on which they arrive is in port.

This new provision says there should be no discrimination on grounds of nationality, race, color, sex, religion, political opinion, or social origin. Shore leave should be granted, irrespective of the flag state of the ship.

“If any request is turned down, the relevant public authorities must provide an explanation to the crew member and the master, which the seafarer or master can request to be provided in writing,” said IMO.

On the issue of security and stowaways, the section on preventing stowaways has been updated and expanded. National authorities are recommended to apply operational procedures equivalent to those in the IMO International Ship and Port Facility Security (ISPS) Code in order to prevent stowaways accessing a ship.

A new standard requires governments to incorporate legal grounds into their national legislation to allow the prosecution of stowaways, attempted stowaways, and any individual or company aiding a stowaway or an attempted stowaway with the intention to facilitate access to the port area, any ship, cargo, or freight containers.

The FAL Convention has 118 contracting states.

The revised annex, which was developed following a comprehensive review of the treaty, will ensure the convention adequately addresses the shipping industry’s present and emerging needs and serves to facilitate and expedite international maritime traffic. The objective is to prevent unnecessary delays to ships, and to persons and property on board.

The IMO is the United Nations specialized agency with responsibility for the safety and security of shipping and the prevention of marine pollution by ships.