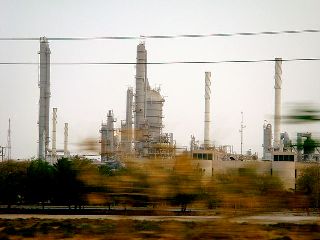 Developing Asia—particularly China, India, and Southeast Asia—is emerging as the biggest trading partner of the Gulf Co-operation Council (GCC), leaving other regions to trail behind, according to a new report by The Economist Intelligence Unit (EIU).

The study, “GCC Trade and Investment Flows,” shows that China, India, and members of the Association of Southeast Asian Nations (ASEAN) bloc have been steadily building bilateral trade and investment ties with GCC nations.

The council is a regional intergovernmental political and economic union consisting of all Arab states of the Persian Gulf, except for Iraq. Its member-states are Bahrain, Kuwait, Oman, Qatar, Saudi Arabia, and the United Arab Emirates.

China drives the trend, said the report. Between 2010 and 2013, GCC-China trade grew faster than with any other significant trade partner. By 2020, the largest share of GCC exports will go to China, on current trends. Chinese investment is on the uptick in construction, wholesale trade and retail, with increased registrations of Chinese companies in the United Arab Emirates. Gulf investment in China, however, is more muted—and Gulf entities are investing in Chinese stocks, including through sovereign vehicles, but restrictions in China means more funds flow into firms listed in Hong Kong.

India’s commercial relationship with the Gulf stretches back thousands of years, but its trade share had fallen in the recent past. In 2005, India received only 2% of GCC exports. Today, it has returned to a more central position. GCC exports to India grew at an annual rate of 43% over the decade, the highest with any major trade partner, now making up 11% of total GCC exports, and Indians are major investors in the Gulf, and especially the UAE. As with China, though, Gulf investment in India has been more muted due to a difficult business environment and the significant infrastructure deficits.

“Back in 2011, when we conducted our last study on the Gulf’s external economic relationships, it was clear that emerging markets were surging ahead as economic partners. Since then, emerging Asia has continued on trend, especially China, despite the broader EM slowdown,” said Adam Green, senior editor at The Economist Intelligence Unit’s EMEA office. “And while oil continues to be a major trade driver, we are seeing greater commercial diversity, from China-built malls and markets in the Gulf, to Gulf investments in Asian mobile telecoms and financial services.”

The study also identifies growth hotspots between the GCC and other emerging markets. Gulf companies are placing more attention on new and unfamiliar markets in east, west, and southern Africa. Gulf commerce with the Commonwealth of Independent States has also increased from a low base. Direct investment prospects center on infrastructure as part of the revival of the “Silk Route” linking China to northern Europe.