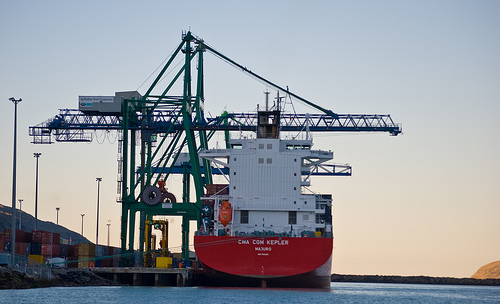 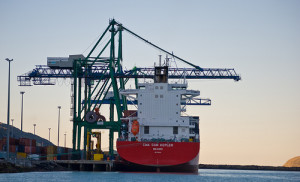 CMA CGM said it is optimistic about 2011, even as high fuel costs reduced its net profit 72 percent to US$237 million in the first half of the year from the same period last year.

The world’s third largest container shipping company reported revenue of $7.3 billion for the first six months of 2011, an increase of 8 percent over the year-earlier period.

It said business benefited from volume increases and stable freight rates on most lines, but it had to contend with high oil prices that pushed fuel costs up by 36 percent.

CMA CGM said it carried more than 4.8 million 20-foot equivalent units (TEUs) over the period, a 9.1 percent increase that outperformed the market.

“These figures reflected the firm demand observed over the period in most of the markets where CMA CGM holds strong positions, with improved freight rates on the South American and Caribbean lines (up 5 percent), the trans-Atlantic lines (up 6 percent) and the trans-Pacific lines (up 11 percent) amply offsetting the Asia, Europe and Mediterranean trades,” the company said.

CMA CGM believes that 2011 will be a positive year, “barring any unforeseen events in today’s highly unstable global economy.”

The group plans to focus on emerging markets, particularly Russia and India, and expand in Latin America, which will see the 2014 opening of the Panama Canal’s third set of locks.

Moreover, the group will pursue its program to reduce costs in terminal operations, logistics processes, and capital projects.

“Although the current global economic situation calls for caution, we remain confident in our ability to further strengthen our positions thanks, in particular, to our modern, efficient fleet and the quality of our extremely professional teams, which enable us to take a calm view of both the medium and the long term,” Rodolphe Saadé, CMA CGM executive officer, said.