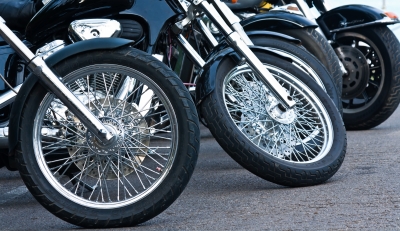 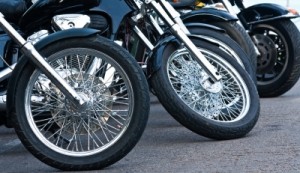 The Bureau of Customs (BOC) seized P8 million worth of motorcycles, chemicals, and plumbing supplies due to false import data.

The confiscated 48 brand-new Yamaha YZR R15 150cc motorcycles, consigned to Motozentrum Philippines, Inc., arrived in the country through the Port of Manila in December 2013. In the import documents, the motorcycles were declared as being in “knocked-down condition,” or having been shipped totally disassembled from Thailand. Moreover, the importer declared the shipment’s total value at US$10,197.88 (P450,644.32), or costing only $212.46 each to purchase and ship to the country.

Following an alert order from BOC’s enforcement group in January 2014, a 100% document and physical examination was conducted, revealing that the motorcycles were actually in “completely built-up” condition, with only the front wheel left to be attached, contrary to what the consignee had declared.

Furthermore, the invoice, packing list, and bill of lading from the vessel clearly indicated that the ship originated from Calcutta, India. A check on the shipment’s declared value revealed that the suggested selling price for the Yamaha YZR R15 150cc motorcycle in India was $1,812.00 (P80,072.28), a discrepancy of about 85% from the declared value per unit of $212.46 (P9,388.61).

Under Section 2503 of the Tariff and Customs Code of the Philippines, any discrepancy between what was declared and what was found that exceeds 30% is gross undervaluation, which constitutes prima facie evidence of fraud.

The shipment, consigned to Frebel Enterprises, arrived in the country in March 2014. Lead bromate, used in making certain types of glass, is a poisonous chemical that may detonate on heating, striking, or rubbing when combined with other substances.

Lastly, the BOC seized one 40-foot container imported by Unipipe Phils, Inc. that was found to be filled with pipes, fittings, and valves that were also grossly undervalued. The shipment arrived at the Port of Manila in January 2014.

“Many of the importations that are alerted and seized have valuation issues as importers attempt to cheat on paying the correct duties and taxes by dramatically lowering the value of the items they import,” BOC-Enforcement and Security Service director Willie Tolentino said in a statement.

“It is easier now to check on the value of most imported goods. Let this be a lesson to all importers and brokers that any misdeclaration made on import entries is a form of technical smuggling and will be dealt with accordingly,” Tolentino added.

With these findings, the owners of the shipments and the licensed customs broker of Motozentrum could face smuggling-related charges for fraudulent importation.

About 70% of shipments with alert orders issued by BOC yield negative findings for undervaluation, misdeclaration, and lack of required import permits from regulatory agencies. Stricter enforcement and monitoring have increased the agency’s collections in the past months, with valuation increasing by 18% and duties and taxes by 19% in the first three quarters of 2014.

Image courtesy of sritangphoto at FreeDigitalPhotos.net