BOC: No legal basis to claims of jurisdiction overlap with PPA 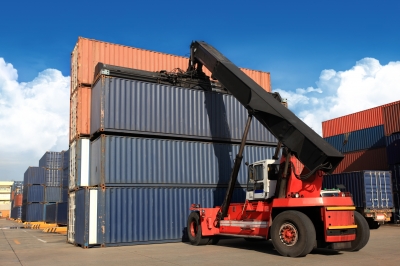 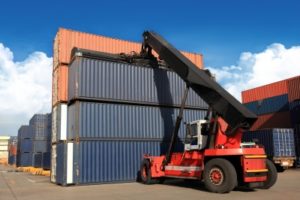 The Philippine Bureau of Customs (BOC) emphasized there is “no legal basis” to claims its proposed rules for establishing customs facilities and warehouses (CFWs) undermine the authority of other regulatory agencies such as the Philippine Ports Authority (PPA).

“We would like to clarify that any rules and regulations to be issued by BOC on matters relating to CFWs, particularly on the exercise of its supervisory functions as provided under Sections 801 and 806 of the CMTA (Customs Modernization and Tariff Act), are not intended to diminish the authority of other government regulatory agencies, such as PPA,” Atty. Althea Acas, project manager of the CMTA-Implementing Rules and Regulations (IRR) Project Management Office, wrote PortCalls.

The letter dated July 17 was in response to a PortCalls article quoting PPA’s position paper on the second draft of the customs administrative order (CAO) that will implement several sections of the CMTA and provide guidelines for establishing, maintaining, and operating CFWs.

PPA, in its position paper, recommended the revision and/or change of language of several provisions in the draft CAO to clarify jurisdictional issues with BOC.

Acas said that BOC’s proposed rules and regulation will “not impair any vested rights already acquired by virtue of such authority.”

This, she noted, was why they incorporated and reiterated in the draft CAO the non-impairment clause in Section 801 (Establishment and Supervision of Customs Bonded Warehouses) of the CMTA.

The impairment clause states: In the exercise of the District Collector’s supervisory functions herein and in the Bureau’s implementation of this Chapter, existing contracts of private operators with the appropriate government agency or regulator, such as, but not limited to, the Philippine Ports Authority, Subic Bay Metropolitan Authority, Phividec Industrial Authority, and their respective authorities and powers already granted by law pertinent to such contracts, shall not be impaired or adversely affected.

Acas said that matters involving the actual operations of arrastre and warehouse operators with existing contracts, “including the rates and charges to be imposed pursuant thereto shall continue to be governed by both the terms of the contract and the rules and regulations issued by the concerned port authority.”

The CMTA-IRR project head also emphasized that Section 4.2 of the draft CAO is lifted from Section 806 (Customs Control over CBW and CFW) and is pursuant to Section 303 of the CMTA, which provides that “the Bureau shall, for customs purposes, have exclusive control, direction, and management of customs offices, facilities, warehouse, ports, airports, wharves, infrastructure and other premises in the Customs districts, in all cases without prejudice to the general powers of the local government units (LGUs), the Philippine Coastguard and of law enforcement agencies in the exercise of its respective functions.”

Additionally, Acas noted that both Sections 303 and 806 of the CMTA specifically mention that the supervisory and control functions of the BOC over ports and CFWs are for customs purposes, “a fact that is clearly reflected under Section 4.2 of the draft…”

Acas also stated that the draft CAO contains no provisions on storage period and rate, or on penalty for CFWs “situated inside the ports.”

“Hence, the statement that the (draft) CAO encroaches on the authority of the PPA to issue and prescribe rules on said matters holds no legal basis,” Acas said.

The final and signed CAO on the establishment of CFWs has yet to be issued. – Roumina Pablo