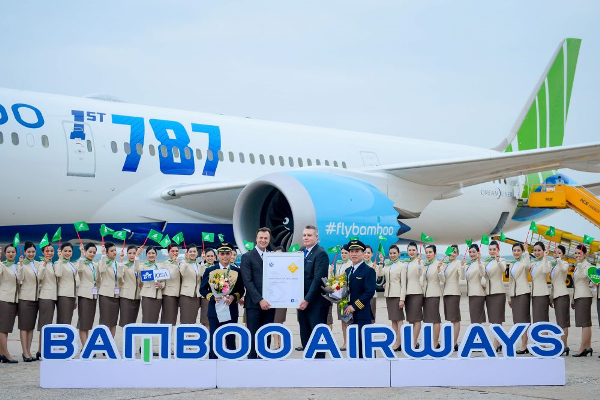 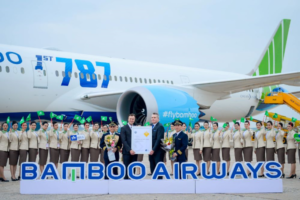 Vietnam’s budget carrier Bamboo Airways has been granted the International Air Transport Association (IATA) Operational Safety Audit (IOSA) Certificate, which will pave the way for the airline to expand its route network and international cooperation and become an official member of IATA.

Bamboo Airways stated on January 4 that it has been added to the IOSA Registry last December 13 and that the IOSA Registration Certificate Awarding Ceremony was officially held in January 2020 in Hanoi.

​The IOSA program is an internationally recognized and accepted evaluation system designed to assess the operational management and control systems of an airline.

IOSA registration is the most important program for aviation safety, which is conducted every two years with about 1,000 standards and recommended practices. The evaluation process is conducted throughout an airline’s operation control center, maintenance center, safety security & quality assurance division, flight crew division, ground operation division, technical & maintenance, and other crucial units.

“Achieving IOSA registration is the most convincing evidence for Bamboo Airways’ adherence to the motto of putting safety first over time and in the future, which will be one of the solid foundations for the progress towards the goal of becoming an airline that caters 5-star service to catch up with the trend of new and modern aviation industry of the world,” said Dang Tat Thang, chief executive officer of Bamboo Airways.

Conformance to the standards set by IATA is serving as a foundation for Bamboo Airways to expand its route network and international cooperation. This event will also pave the way for it to become an official member of IATA in the near future, he said.

Planting of trees or mangroves required by Philippine Ports Authority for the issuance of accreditation, certificate of registration, appointment, or award/renewal/extension of contract ...
Read more
Breaking News

The Bureau of Customs (BOC) has begun preparations to facilitate entry of approved COVID-19 vaccines into the country BOC collection districts are coordinating...
Read more