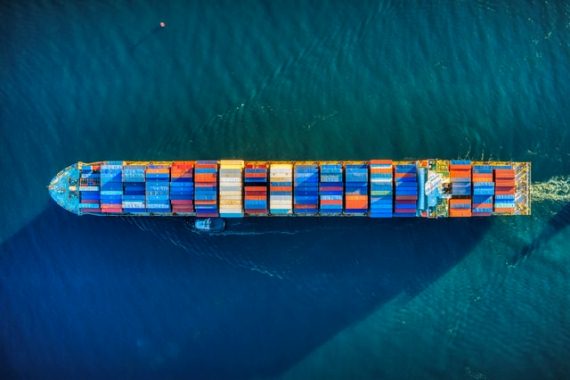 All-inclusive container rates from North Asia to the West Coast of North America have plummeted due to additional carrier options and manufacturing disruptions in China as a result of power cuts and COVID-19-related shutdowns.

According to S&P Global Platts, container rates for shipping from North Asia to the West Coast North America “were available at their lowest level in months as additional carrier options and a gloomy outlook on the overall supply chain resulted in a wide segmentation in the spot market.”

Container freight from China to the ports of Los Angeles and Long Beach was available for as low as US$7,800 per forty-foot equivalent unit (FEU) in the week ended October 15 for shipment on smaller, atypical vessels. But most spot market offers from North Asia to the US West Coast were in the $8,000 to $10,000/FEU range, with little or no premium service fees demanded on top of freight all kinds rates.

Trade lanes from North Asia to the East Coast of North America had fewer new entrants in the market for the longer voyage via the Panama Canal. There was also even less consensus on spot rates, with offers ranging from $11,000/FEU to $18,000/FEU in the week ended October 15.

The commodities information and price benchmark provider said shippers are increasingly anxious about paying record prices for container freight and still missing the year-end holiday shopping window, and the emergence of more charter carriers making ad-hoc voyages to the US West Coast has added a discount segment for those shippers willing to risk their cargoes with new operators.

Additionally, spot container freight rates between China and the US have reportedly plunged as Chinese manufacturing is being disrupted by power outages due to coal shortages in China. This has combined with the marking of the week-long Golden Week holiday in China, when manufacturers close shop for a seven-day period.

China’s manufacturing PMI slipped into contraction in September for the first time since the coronavirus pandemic took shape, throwing cold water on some of the most bullish sentiment for container rates. The Chinese government has been rationing power to factories since September due to a fuel shortage that may or may not be resolved before shipping lines get through a backlog of export cargoes, said Platts.

“Many factories have had to cancel their shipments because of a lag in production,” a Thailand-based freight forwarder told Platts. “If this continues for long, the prices may remain low.”

Platts said that if the shortage of power in China is resolved and factories return to full capacity, rates could rebound as soon as next month, as shipments ramp up again in anticipation of outages around the Lunar New Year holidays beginning February 1.

Another contributing factor to the shipping price drop between China and the United States after months of steep increases is the slowdown in orders as the peak season ordering tapers off.

Digital freight forwarding platform Shifl data showed that costs for shipping containers from China to the US West Coast have fallen by more than 51% to $8,500 per forty-foot container (FEU) from $17,500 on some routes between September and October.

Long-term rates for shipping 40-foot containers from China to the US have also dropped, now going below $5,000, it continued.

Though spot rates have come down, they remain many times higher than the $1,500 per FEU shippers paid pre-pandemic, and the decline could be short-lived as Chinese manufacturing woes create a new wave of disruption.

This temporary reprieve could soon be overshadowed by a growing backlog of unfulfilled orders. Chinese energy rationing policies and the impact of COVID-19 shutdowns are throttling factory output, meaning that US and EU manufacturing orders are not being filled on time, Shifl said.

Photo by Cameron Venti on Unsplash