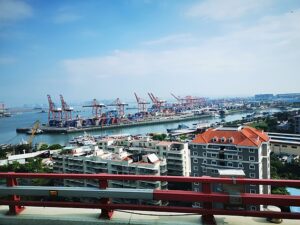 Despite the negative impact of COVID-19 in the region, Asia continues to dominate the global maritime trade arena, according to a new United Nations Conference on Trade and Development (UNCTAD) report.

UNCTAD’s “Review of Maritime Transport 2020” said the region has strengthened its position as a maritime hub, bringing together more than 50% of global maritime trade volumes last year.

The continued prominence of Asia as the world’s factory continued to boost expansion in intra-Asian container trade, with a growing contribution from Southeast Asia. Together, intraregional trade, principally intra-Asian flows, and South-South trade represented about 40% of total containerized trade in 2019.

The UNCTAD report, released on November 12, said the impact of COVID-19 in the region has been mixed. Trade in East Asia fared relatively better than in other subregions following COVID-19. In July, East Asia imports fell by 4% and exports by 1%, in sharp contrast to the double-digit decline rates in the others. In West and South Asia sub-regions, imports have dropped by 23% and exports by 29%.

During the pandemic, too, constraints on transportation and logistics and lack of workers have prevented the timely delivery of components from China and other countries to factories in Southeast Asia.

“As a result, response measures such as sourcing directly from Viet Nam, switching from land to air freight, and rerouting shipping lanes that previously included stops at Chinese factories have been implemented,” said the report.

At the same time, the report observed that growing e-commerce as a result of COVID-19 will put more pressure on warehousing and distribution capacity. This is because business will want to ensure safety stocks and buffers are available. In turn, this will increase demand for storage and space which is already outpacing the supply in Asia.

Asian ports experienced a moderate decrease in liner shipping connectivity levels due to the pandemic, with the impact more intensified during the second quarter amid growing lockdowns and economic and travel restrictions.

The report looked back at 2019 for key trends in seaborne trade and port cargo traffic. Among its findings:

The report also assessed liner shipping connectivity of ports and indicated that in 2020, six of the 10 best connected economies are in Asia (China, Hong Kong, Japan, Malaysia, Republic of Korea and Singapore).

China is the best connected country worldwide. In 2020, five of the top 10 ports are located in China—Hong Kong, Ningbo, Qingdao, Shanghai and Xiamen—while three are in other Asian countries (Malaysia, the Republic of Korea and Singapore).

The top 50 best-connected port pairs are on intraregional routes, almost exclusively within Asia, except for two connections within Europe.

On maritime labor force, UNCTAD said future work in the maritime sector will look very different from how it does today—there will be less jobs onboard ships and more onshore jobs, requiring a more adaptable workforce.

“Reskilling and retraining will be crucial in preparing workers for the transformations that will arise due to advanced technologies and automation. This is of particular importance to Asian countries that are suppliers of global maritime shipping labour such as—by order of ranking—China, the Philippines, Indonesia and India,” said the report.