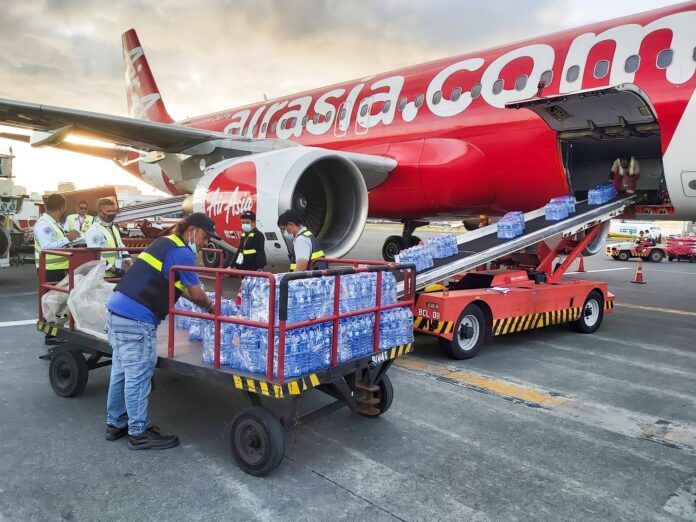 Low-cost carrier AirAsia Philippines announced on December 20 that all its domestic flight routes have fully resumed with the exception of Puerto Princesa, as on-ground communications continue to be a challenge in the province following the devastating impact of Typhoon Odette.

Currently, the airline is assisting various organizations in the delivery of essential relief goods and services to badly affected areas, having airlifted more than 20 tons of items since December 17.

Relief items are being consolidated at the cargo house in partnership with Teleport—AirAsia group’s end-to-end logistics provider—and will be flown to affected areas using the cargo spaces on the commercial flight.

During the onslaught of Typhoon Odette, 198 domestic flights of the airline were canceled or postponed to ensure passengers’ safety. The cancellations and delays affected an estimated 30,000 passengers from December 16 to 19.

AirAsia Philippines has also established help desks at local airports such as those in Mactan, Puerto Princesa and Bohol.

“Although we are faced with a lot of challenges,  especially our Allstars who were also affected by the typhoon, we continue to soldier on to ensure that we continue to service our guests the best possible way during the peak season,” AirAsia Philippines spokesperson Steve Dailisan said in a statement.

Post-Typhoon Odette, AirAsia Philippines noted it has doubled down on re-strategizing flight routes and communications with local government units and airports for the speedy restart of flight operations.