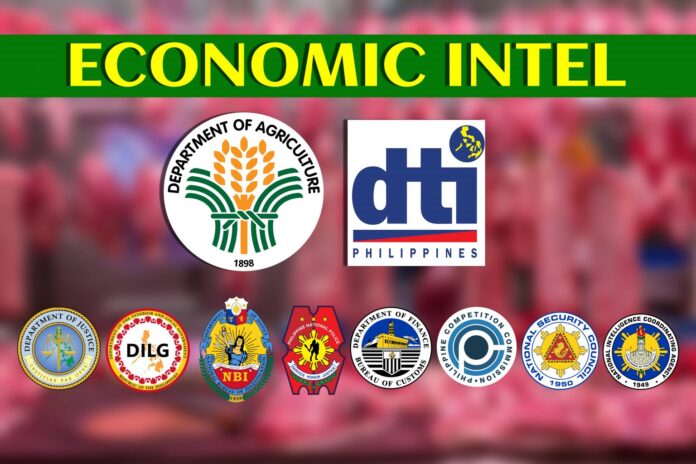 President Rodrigo Duterte approved at yesterday’s Cabinet meeting the establishment of a government task force on economic intelligence (Econ Intel) to clamp down on profiteers, price manipulators, hoarders and smugglers.

The Department of Agriculture in a press release said the task force will initially go after unscrupulous traders, viajeros, and wholesalers — who have unreasonably jacked up the prices of hogs and pork, hovering at more than P400 per kilogram (kg) that persisted even beyond the 2020 Christmas season and despite reduced demand.

“Pork prices should have already gone down after the holidays, but they did not. Clearly, some persons along the food value chain are making a lot of money,” said Agriculture Secretary William Dar.

Before the 2020 Christmas season, averages prices ranged from P270/kg for pork pigue and kasim to P300/kg for liempo, which served as basis for the price ceiling approved by President Duterte under Executive Order No. 124.

A price cap on dressed chicken at P160/kg was also imposed to maintain prices of said food item, as consumers shift and shy away from pork.

The Econ Intel task force is co-chaired by the DA and Department of Trade and Industry, with the following members: