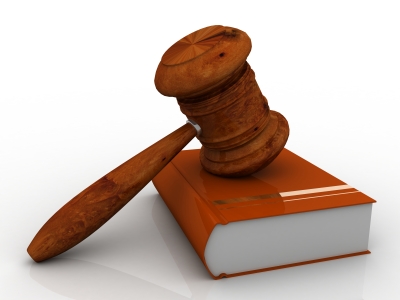 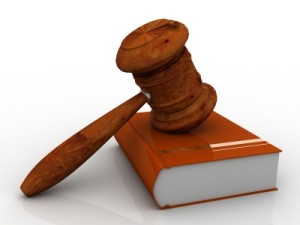 The Supreme Court (SC) has issued a temporary restraining order (TRO) against a Manila Regional Trial Court (RTC) decision that prevents the Bureau of Customs (BOC) and the Department of Budget and Management-Procurement Service (DBM-PS) from cancelling the awarding of a BOC P650-million computerization project.

In a two-page resolution promulgated on November 23, 2015 but released only on January 6, the SC Second Division issued a writ of preliminary injunction against the omnibus order issued by the Manila RTC on August 24, 2015. The RTC order stops BOC and DBM-PS from rescinding the bidding for the Integrated Enhanced Customs Processing System (IECPS) and National Single Window Phase 2 project.

“After deliberating on the petition for certiorari with prayer for the issuance of a temporary restraining order assailing the Omnibus Order dated August 24, 2015, of the Regional Trial Court, Branch 47, Manila…which, among others, granted herein respondents’ application for the issuance of a writ of preliminary injunction and the issuance of an injunctive writ… the Court, without necessarily giving due course thereto… hereby issues a temporary restraining order, effective immediately and continuing until further orders from this Court, enjoining and restraining the respondents, the RTC Branch 47, Manila, their representatives, agents or other persons acting on their behalf from enforcing and implementing the assailed Omnibus Order dated August 24, 2015,” the resolution said.

The high tribunal also ordered the joint venture of Omni Prime Marketing, Inc. and Intrasoft International Corp. to comment on the petition filed by BOC and DBM within 10 days of receipt of its receipt. Among five bidders of the computerization project, the joint venture was the only one shortlisted in December 2014 as eligible consultant.

The RTC order prohibited BOC from implementing the May 6, 2015 letter signed by Lina instructing the cancellation of the bidding, as well as the Cancellation Notice for the project issued on May 7, 2015 by Syquia.

The Manila RTC directed BOC and DBM “to continue with the remaining procurement process of signing the contract and to issue the petitioner the Notice to Proceed.” The court stated that while it was true no contract had been awarded yet, it “should have signaled the start of the petitioner’s juridical right under the consultancy services contract.”

The order also prohibited the two agencies from initiating any other procurement activity to replace or upgrade the current BOC IT system.

In July 2015, Omni Prime filed with the Office of the Ombudsman plunder and graft charges against Lina, former customs commissioner Guillermo Parayno, and former deputy commissioner Primo Aguas for cancelling the bidding.

The complainant claimed that former Customs Commissioner John Phillip Sevilla had already awarded the contract to the joint venture, but Lina on May 6, two weeks after being sworn into office, had cancelled it.

The complainant said this effectively left BOC with the old system still in place, allegedly giving undue favor to value-added service provider E-Konek Pilipinas. Lina and his family have a 96.48% stake in the company. Parayno is E-Konek’s current president.

Lina earlier said he had decided to abandon the IECPS project as “there may be other customs data systems that are more efficient, cost-effective, and advantageous to the government.”

IECPS was set to replace BOC’s electronic-to-mobile system, the subject of much compliant among stakeholders because of its frequent technical glitches. – Roumina Pablo