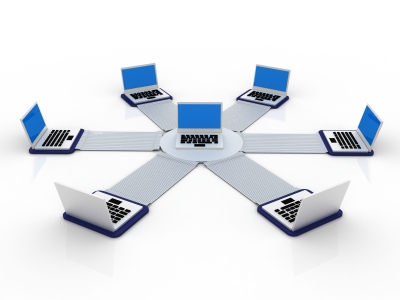 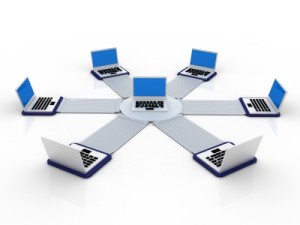 The Bureau of Customs (BOC) has cancelled procurement for the P650-million customs IT system and National Single Window (NSW) Phase 2 and is instead reportedly looking to use a software developed by the United Nations (UN).

“After determining that market conditions have changed, and that there may be other customs data systems that are more efficient, cost-effective, and advantageous to the government, I decided to seek the abandonment of the current Integrated Electronic Customs Processing System (i-ECPS) Project under the Procurement Service of the Department of Budget and Management (DBM-PS),” Customs Commissioner Alberto Lina said in a statement released on June 1.

i-ECPS was set to replace BOC’s electronic-to-mobile (e2m) system, the subject of much compliant among stakeholders because of its frequent technical glitches.

The Customs chief said he has sent a letter on May 6 to DBM-PS executive director Jose Tomas Syquia to discontinue and abandon procurement of the project.

“There is legal basis to cancel bidding process under the Procurement Law (RA 9184) and its IRR (implementing rules and regulations),” Lina pointed out.

He noted his decision is aligned with Section 41 (c) of Republic Act No. 9184 (Reservation Clause) which states that “The Head of the Agency reserves the right to reject any and all Bids, declare a failure of bidding or not award the contract in the following situations: (c) For any justifiable and reasonable ground where the award of the contract will not redound to the benefit of the government as defined in the Implementing Rules and Regulations.”

Lina, who was also customs commissioner in 2005, said that since his re-entry in BOC a month ago he has been reviewing all the agency’s programs, activities and projects, including its procurement activities.

He noted that as the i-EPCS is “an immense undertaking which will influence virtually all of the Bureau’s operations upon implementation, I have been conducting a thorough review of its details such as its terms of reference, specifications, functionalities, and implementation timelines, among others.

“We understand that there are existing systems that can fulfil the needs of the Bureau, which are potentially at least 50% cheaper than this amount,” Lina said, adding “It is my sworn commitment to modernize the Bureau of Customs with the latest innovative technologies while providing the best value for the government.”

Lina also denied “baseless claims” that E-Konek’s losing bid for the project was the reason for the cancellation. “To stamp out any lingering doubts that this is the case, EKonek will not participate in any further bid for this project, given my public commitment that there will be no conflict of interest during my stint at the Bureau of Customs,” Lina said.

E-Konek is a value-added service provider accredited by BOC and the Philippine Economic Zone Authority and is a subsidiary of the Lina Group of Companies. E-Konek is run by Guillermo Parayno Jr, another former customs commissioner. Lina earlier said he will divest from all his companies, including six that have direct dealings with the BOC.

In October last year, DBM-PS opened bidding for an integrator to design, implement, operate, and maintain the i-ECPS and NSW Phase 2. Up to six joint ventures (including E-Konek) submitted eligibility documents but only one, Omniprime Marketing, Inc. and foreign partner Intrasoft International of Greece, was deemed eligible.

Omniprime has said it will now file plunder charges against Lina for cancelling the computerization project, noting he has done so to favor E-Konek.

“Lina’s decision to unceremoniously cancel the contract reeks of the foul smell of a clear conflict of interest,” Omniprime lawyer Harry Roque said in a press conference on June 1.

The company claimed to have won the computerization contract on April 13 after a seven-month bidding process. The contract was finalized on April 23 and set for signing by end-April, it added.

Omniprime is the same company that much earlier called for the nullification of a contract awarded to Webb Fontaine Group FZ LLC and its partner, Global Resource for Outsourced Workers, for the BOC P418-million Integrated Philippine Customs Systems (IPCS) project. IPCS was originally set to replace the e2m. The IPCS project was not pursued and later replaced by i-ECPS.

Meanwhile, Lina said “We are committed to work towards the delivery of our ASEAN (Association of Southeast Asian Nations) commitments.”

He noted that 37 of the 40 permitting and oversight agencies are already connected with the NSW system “in varying levels of utilization.”

Of the 37, 11 agencies are completely connected, nine connected but only partially utilize the system, and 10 oversight agencies have viewing capacity.

“… we are fixing systems issues in the 3 other oversight and permitting agencies that still need to be fully connected,” Lina said.

BOC is reportedly eyeing the adoption of the United Nations Conference on Trade and Development Automated System for Customs Data (Asycuda).

According to www.asycuda.org, Asycuda is a “computerized customs management system that covers most foreign trade procedures such as manifests and customs declarations, accounting procedures, transit and suspense procedures.

“The ASYCUDA software was developed in Geneva by UNCTAD.  It operates on micro in a client server environment under UNIX and DOS operating systems and RDBMS Software.

“ASYCUDA can be configured to suit the national characteristics of individual Customs regimes, National Tariff, legislation.”

According to PortCalls sources, using Asycuda would only cost a fraction of the P650-million initial i-ECPS budget since it only needs to be tweaked for local operations –Roumina Pablo