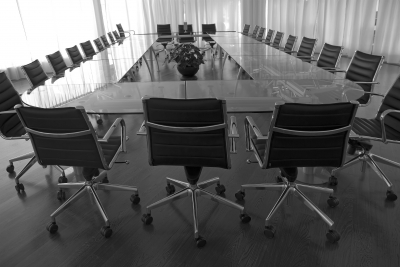 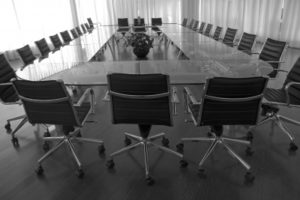 The Philippine Bureau of Customs (BOC) has created a center that will centralize and coordinate operations, especially in the areas of trade facilitation and border control.

The Command Center (COMCEN) was created under Customs Special Order (CSO) No. 45-2016 and signed by Customs Commissioner Nicanor Faeldon.

In a statement, BOC said COMCEN will monitor, coordinate, and supervise different aspects of customs administration so that operational data critical for informed decision-making will be easily available.

As a result, the public “can expect more transparency in this new initiative,” the agency noted.

The center will be headed by former Army Capt. Gerardo Gambala, one of those who participated in the 2003 Oakwood mutiny that denounced corruption and politicization in the military. Faeldon, also a former Marine captain, was part of the mutiny.

The center is composed of personnel from the following BOC offices: Intelligence and Enforcement Groups, Assessment and Operations Coordinating Group, Revenue Collection Monitoring Group, and Management Information System and Technology Group, as well as the offices of Risk Management, Accounts Management, and X-ray Inspection project.

COMCEN is expected to coordinate actions of the Operations Group so the group can properly collect customs duties and taxes, enforce tariff and customs laws, and prevent and suppress all forms of customs and economic fraud at all ports of entry.

It will supervise and monitor daily operations of principal ports of entry and sub-ports, particularly the movement of imports, exports, foreign mails, and the clearance of vessels and aircrafts.

It is also mandated to coordinate with the Philippine Navy, Philippine Coast Guard, Philippine Ports Authority, and other port and maritime agencies in monitoring the disposition and activities of sea vessels operating within the country’s area of responsibility.

It will do the same with the Philippine Air Force, Civil Aviation Authority of the Philippines, Air Transportation Office and other aerospace agencies in order to monitor the disposition and activities of air vessels.

It will immediately disseminate reports needing the attention of the Customs commissioner and other bureau officials, as well as officials of the Department of Finance and the National Disaster Risk Reduction and Management Council.

BOC said the “ease in getting valuable information” may be expected with the establishment of COMCEN. The center is “tasked to collate information on significant events and activities of all collection districts and sub-ports, law enforcement and regulating agencies, customs stakeholders and open source media.”

Transfer of functions to Office of the Commissioner

Recently, Faeldon also issued orders which transferred certain functions from other BOC units to the Office of the Commissioner (OCOM).

“Relative thereto, only the Office of the Commissioner, through the Command Center (ComCen), created under CSO (Customs Special Order) No 45-2016, is authorized to issue alert orders,” CMO 23-2016 said.

In an August 30 memo, Faeldon also designated himself, or his designated representatives, as the only official at the BOC with the authority to suspend or cancel the accreditation of importers and customs brokers. Previously the accreditation of importers and customs brokers may be suspended or cancelled if, among others, the Account Management Office discovers, during the application process, any inaccuracy in any of the documents submitted.

Under CSO 36-2016, on the other hand, Faeldon abolished the Tax Credit Secretariat and streamlined all applications for duty drawbacks, value-added taxes, and excise tax claims under OCOM.

Faeldon likewise signed CMO 21-2016, which transferred the direct control and supervision of BOC’s Public Information and Assistance Division, as well as its attached unit, BOC Customer Assistance and Response Services, to OCOM.