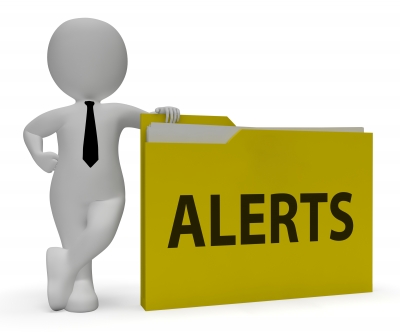 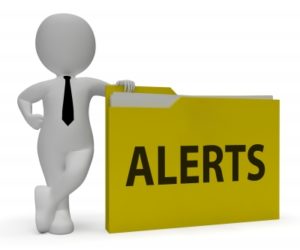 The power to issue alert orders in the Philippines now rests solely with the Bureau of Customs (BOC) Office of the Commissioner (OCOM), based on a new order signed by Customs commissioner Nicanor Faeldon. This directive joins a few others that similarly transferred functions from other BOC units to the OCOM.

Faeldon said the new CMO prevents the “unnecessary issuance of alert orders and to protect the integrity of the Alert Order System.”

“Relative thereto, only the Office of the Commissioner, through the Command Center (ComCen), created under CSO (Customs Special Order) No 45-2016, is authorized to issue alert orders,” CMO 23-2016 said.

“All other provisions of CMO 35-2015, which do not conflict with this CMO, including the procedures on processing of shipments that have been issued alert orders, shall remain effective.”

On September 1, Faeldon also signed CMO 21-2016, which transferred the direct control and supervision of BOC’s Public Information and Assistance Division (PIAD), as well as its attached unit, BOC Customer Assistance and Response Services, to OCOM.

“As such, all personnel complement of PIAD shall directly report to OCOM. Further, all instructions and directives relative to PIAD’s day-to-day operations shall also emanate from OCOM,” the order stated.

PIAD was previously under the Internal Administration Group (IAG). CMO 21-2016, however, said that in accordance with Section 43 (d)(5) of Executive Order (EO) No. 127 (series of 1987), the IAG shall still attend to PIAD in matters that are purely administrative in nature.

EO 127 re-organized the Ministry of Finance, now Department of Finance, and provided the composition of its attached agencies such as BOC. Section 43 (d)(5) delegated PIAD under IAG.

In an August 30 memorandum to employees and officials of the agency, Faeldon likewise placed under the OCOM the sole power to suspend or revoke accreditation of importers and customs brokers. Previously the accreditation of importers and customs brokers may be suspended or cancelled if, among others, the Account Management Office (AMO) discovers, during the application process, any inaccuracy in any of the documents submitted.

Faeldon’s order was issued after the Office of the Commissioner received several reports that “unscrupulous AMO personnel have been using the threat of suspension or cancellation of accreditation of importer or broker, citing CMO 11-2014, to harass, intimidate, and extort from said importers and brokers.”

CMO No. 11-2014 contains the revised guidelines for registering importers and customs brokers with the BOC.

Under the new rule, claims for duty drawbacks endorsed by the Department of Finance’s (DOF) One-Stop-Shop or approved claims for a VAT refund and/or excise taxes endorsed by either the DOF-OSS or the Bureau of Internal Revenue will be received by the OCOM “for recording before being forwarded to the RAD (Revenue Accounting Division) for payment verification and documents check.”