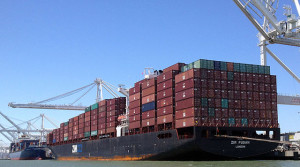 Net income reached US$11 million in the three months ended September 30, 2015 compared to a net loss of $63 million in the same period in 2014. Adjusted earnings before interest and taxes (EBIT) fell to US$12 million compared to $14 million for the third quarter of 2014.

The new service has enabled the box carrier to increase its presence in the important Asia-U.S East Coast trade, it said.

The loop, launched earlier in the year, has become one of the liner’s fastest and most reliable lines connecting South China, Southeast Asia, the Indian sub-continent, and the U.S. East Coast via the Suez Canal, said Zim.

Zim improved its financial position significantly after it restructured last year a $3.4-billion debt that saw its interest payments slashed in half and ship charter fees lowered.