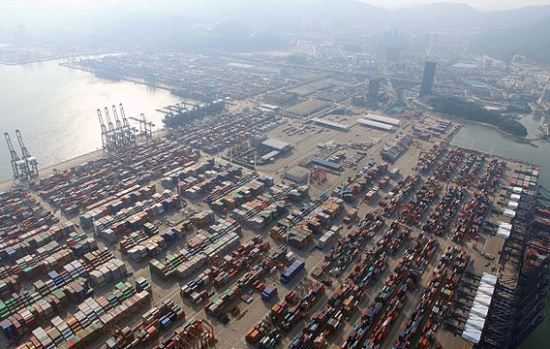 The ongoing terminal congestion and vessel delays at Yantian International Container Terminal (YICT) are now seen to continue for at least 12 days as YICT operations remain partially suspended, according to the latest advisory from Maersk.

In its June 2 update, the container shipping liner said this is due to the deteriorating situation at Greater China Yantian/Shekou ports as more positive COVID cases have been confirmed in Shenzhen where the two ports are located.

In its previous update on May 31, Maersk had forecast the terminal congestion and vessel delays to continue “upwards of 7-8 days in the coming week.”

In the June 2 update, the fifth since the first was issued on May 26, Maersk adjusted the expectation of continued congestion and vessel delays to “upwards of 12 days in the coming week.”

All operations in the western area of YICT remain suspended until further notice, while YICT’s yard density also remains high as disinfection and quarantine measures are being implemented by local authorities to prevent the spread of COVID-19.

Operation in the eastern area of the terminal where mother vessels mainly berth likewise continues to experience low productivity and is still about 30% of its normal level.

YICT earlier announced that from 12 a.m. of May 31, export laden container gate-in has resumed. Meantime, from May 31 to June 6, container yard-open will be available only to vessels within ETA-3 days only after the terminal confirms the advance reservation made by trucking companies for laden containers gate-in.

Import laden container pick-up, which is mainly concentrated in the eastern area of the port, maintains normal operations.

To ensure terminal safety and service standard, Shekou port updated the control measure as follows: From June 1, export laden container gate-in will be accepted only to vessels within ETA-5 days.

Export empty pick-up at Yantian retains normal operations. Import empty return at Yantian is suspended and is operated at Shekou instead.

Trucking service into YICT needs to be reserved in advance and export laden containers gate-in are subject to the confirmation issued by YICT, Maersk said.

As more cargoes are diverted to Nansha port and quarantine measures for COVID-19 are also implemented there, Maersk said “we see traffic congestion and 5 hours waiting time for empty containers pick-up and laden containers gate-in in Nansha port.”