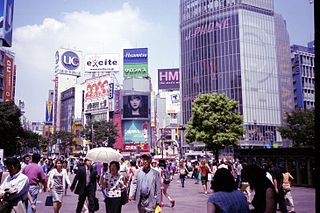 Global GDP growth continues to fall below expectations and is seen to go upward only modestly in the next two years as the world’s economies face considerable downside risks and growing disparities in their rates of progress, according to the Organisation for Economic Co-operation and Development (OECD).

“The global economy remains stuck in low gear, but is expected to accelerate gradually if countries implement growth-supportive policies. Widening differences across countries and regions are adding to the major risks on the horizon,” noted the advance G20 release of the OECD’s latest Economic Outlook.

This pace is modest and uneven compared with the pre-crisis period and somewhat below the long-term average. It is also slightly lower than the last OECD forecast in September.

“Growth rates continue to disappoint,” said Angel Gurria, OECD Secretary-General, while launching the outlook in the run-up to the G20 Leaders’ Summit that will take place on November 15-16 in Brisbane. “We have yet to achieve a broad-based, sustained global expansion, as investment, credit and international trade remain hesitant.”

“Financial risks remain high and may increase market volatility in the coming period. There is an increasing risk of stagnation in the euro area. Countries must employ all monetary, fiscal and structural reform policies at their disposal to address these risks and support growth,” Gurria said.

Large emerging economies are also projected to show diverging performance over the coming years. China is rebalancing its economy while trying to achieve a controlled slowdown to more sustainable growth rates, and is projected to grow at around 7% over the 2015-16 period, down slightly from 7.4% in 2014. Growth will strengthen in India as investment picks up, from a 5.4% rate in 2014 to 6.4% in 2015 and 6.6% in 2016.

The outlook draws attention to significant downside risks. A major concern is the weakness of demand in the euro area, which points to a rising risk of a prolonged period of stagnation and low inflation. Tightening of U.S. monetary policy could lead to financial market volatility for emerging market economies. High levels of debt in some advanced and emerging economies also raise financial stability concerns. Moreover, a key risk is that the slowdown in potential output growth since the crisis leads to even weaker trend growth than currently anticipated.

“Ambitious structural reforms that complement macroeconomic policies can boost growth in advanced and emerging countries alike,” said OECD. “To this end, G20 countries are set to deliver national growth strategies at the Brisbane summit that could collectively lift G20 GDP by about 2% by 2018 relative to the 2013 level.”

“Reforms to tax, trade, labour, and product markets will benefit domestic investment and global trade, and support greater employment and consumption around the world,” OECD chief economist Catherine Mann said. “The potential pay-off from the structural reform agenda under consideration is tremendous, but countries must implement the measures that have been identified to get the global economy into higher gear. Macroeconomic policy support must be part of the package.”