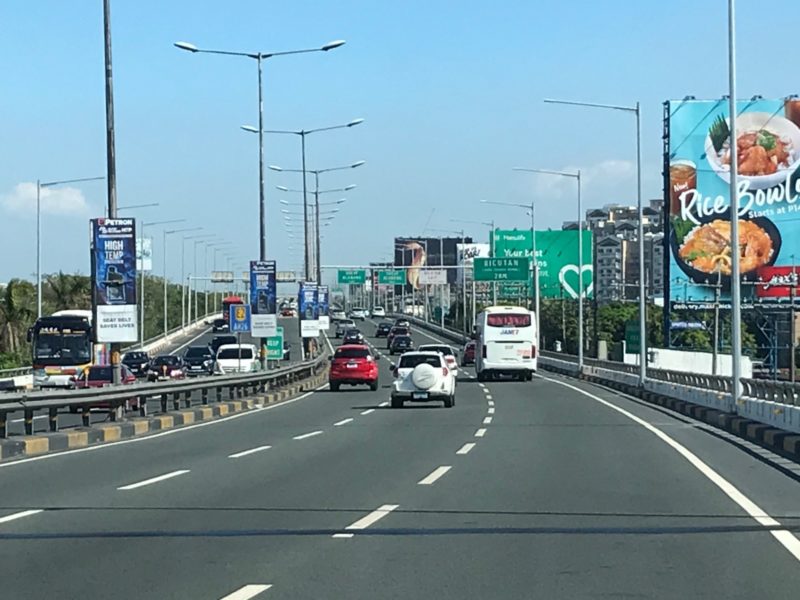 Starting October 14, window hours will be implemented for trucks coming from South Luzon that will traverse the South Luzon Expressway (SLEX) and Southern Tagalog Arterial Road (STAR) Tollway to reach Metro Manila, a bid to ease worsening traffic due to construction of a ramp extension of the Skyway.

The window hours apply only to trucks beyond Laguna travelling into Metro Manila, and not to trucks heading out of Manila or those coming from the provinces to Laguna.

Skyway Operations and Maintenance Corporation (SOMCO) president Manuel Bonoan said in a television interview on October 10 that Manila-bound trucks would be limited to midday trips via SLEX.

“[We’ve seen that] what exacerbates traffic during peak hours is the presence [of many] heavy vehicles [at those hours],” Bonoan said in the interview.

Motorists and the commuting public have been complaining of the heavy traffic caused by the Skyway ramp extension project, which started late last month for completion in December 2020.

A one-way traffic scheme for the east service road linked to EDSA from Alabang to Sucat Interchange has recently been implemented to give more space for the construction of the at-grade portion of the Skyway extended ramp, the project eyed for completion by end-November.

By December or January next year, construction on the southbound side will begin, Bonoan said.

The ramp extension project will extend the Skyway all the way to Susana Heights/Muntinlupa-Cavite Expressway and will involve the construction of a three-lane, elevated northbound section and a two-lane, elevated southbound section that will run on either side of SLEX and connect to the existing Skyway.

It said that once the Skyway Extension is finished, vehicles coming from south of Metro Manila will be able to take the Skyway and bypass the Alabang viaduct, and even EDSA. Motorists can go directly to any destination accessible via Skyways 1, 2, and Stage 3, with the third stage also set for full completion by next year.

Alliance of Concerned Truck Owners and Operators director for truckers Dane Ross Santos, during a Kapihan sa Pantalan forum on October 10, said majority of their members have deliveries south of Metro Manila, and the new window hours will greatly affect their operations.

In response, Lower House Committee on Transportation chairman and Samar first district representative Edgar Sarmiento, acknowledging the importance of free flow of trucks to the economy, said he will immediately conduct a study on the issue raised and submit a recommendation.

As of press time, the Confederation of Truckers Association of the Philippines said it has yet to receive a copy of the advisory from SOMCO. – Roumina Pablo