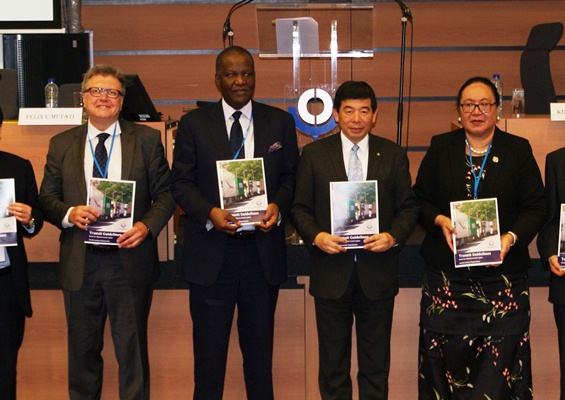 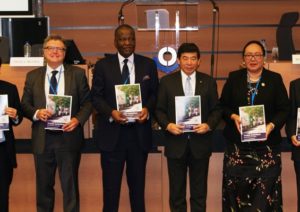 The World Customs Organization (WCO) has launched “Transit Guidelines,” a new tool that aims to facilitate transit and establish efficient transit regimes, at the ongoing first Global Conference on Transit in the WCO headquarters in Brussels, Belgium.

Customs administrations play a prominent role in the smooth movement of transit goods and are thus in a position to support economic development, particularly in landlocked developing countries (LLDCs).

In view of this, the WCO began developing the “Transit Guidelines,” aimed at harmonizing different transit frameworks, unlocking the potential of LLDCs, and taking practical steps towards efficient transit regimes as foreseen by the World Trade Organization Trade Facilitation Agreement, the Vienna Programme of Action, and the Revised Kyoto Convention.

“The Transit Guidelines contain 150 guiding principles and a variety of practical experiences of implementing efficient transit regimes, as shared by WCO members and have been issued in four languages: English, French, Spanish and Russian,” said WCO.

Panelists at the conference agreed that the “Transit Guidelines” are useful for further developing and implementing their respective transit systems and urged the WCO to continue updating the guidelines as a platform for future standardization of transit systems.

WCO Secretary General Kunio Mikuriya, in his opening speech, highlighted the fact that transit enables not only goods but also countries to draw closer to each other in economic, political, and social terms.

Minister of Finance of Zambia Felix Mutati added that the efforts of the WCO to improve transit systems and simplify and harmonize transit rules as well as its capacity-building initiatives supporting LLDCs to prosper together through a concerted effort will ensure increased revenue for these countries.

Meanwhile, on the margins of the conference, the WCO and the Intergovernmental Organisation for International Carriage by Rail (OTIF) agreed to deepen collaboration between customs administrations and the railways sector.

The memorandum of understanding (MoU) signed by Mikuriya and OTIF Secretary General François Davenne on July 10, 2017 is the first formal arrangement on cooperation between the WCO and a railway organization.

The accelerated development of railway transport corridors between Europe and China and the challenges in harmonizing transport documents, technical standards, and use of electronic records, as well as in simplifying customs procedures “require a stronger cooperation between customs and railways in terms of trade facilitation and regional integration,” said WCO.

“Both customs administrations and railways organizations understand the need for heightened cooperation in the light of the ever-increasing share of transcontinental transit via railways.”

The parties to the MoU committed to support each other with standard-development and technical assistance activities and to define and organize consultations and provide mutual assistance.