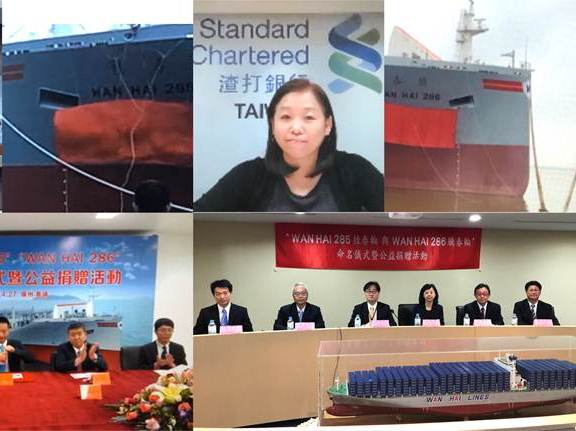 Taiwan-based Wan Hai Lines held April 27 virtual naming rites for the second and third vessels in a series of twelve 2,038-TEUs containerships it has on order.

The series is designed to take energy efficiency and environmentally friendly aspects into account. Moreover, all the ships delivered are certified with “smart ship” notations by international well-known classification societies, the company said in a release.

WAN HAI 285 will be delivered on April 30 at Guangzhou Wenchong Shipyard and will join the carrier’s Japan-Vietnam-Malaysia service.

In November 2018, Wan Hai confirmed an order of 20 container vessels. The contract included an order of twelve 2,038-TEU ships with GWS/CSTC and eight 3,055-TEU container vessels with Japan Marine United Corporation (JMU). These two new vessel types were to be delivered starting early January 2021 and end of October 2020, respectively.

The company continues to implement its fleet improvement plan with more orders this year. On March 25, 2021, the carrier confirmed an order of five 13,200-TEU container vessels with Hyundai Heavy Industries. Delivery of the newbuildings will start in the first quarter of 2023.

On January 27, 2021, it again contracted JMU/Nihon Shipyard Co Ltd. to construct 12 newbuild ships in the 3,013-TEU class. The new series is expected to be delivered successively from end of October 2022.