USWC congestion to cause continued delays through to 2015, Drewry says 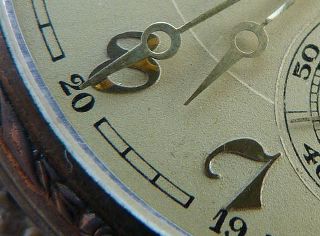 Asia-U.S. shippers should not expect delivery schedules to improve in the first months of 2015 as congestion at the U.S. west coast (USWC) ports is still far from resolution, according to Drewry Maritime Research.

Drewry’s new online “Carrier Performance Insight” report said congestion issues at US west coast (USWC) ports hurt the on-time reliability of carriers in November. It noted that trans-Pacific ships were on average 2.4 days later than scheduled in November, more than twice the normal deviation, as waiting time at anchor outside the ports took one week in some cases.

Drewry added that the on-time percentage for ships calling at either Los Angeles or Long Beach went down to only 41% in October and 46% in November, when it had been around 90% in July.

“Trans-Pacific carriers are speeding ships on the return leg to Asia in order to maintain some semblance of the weekly pattern, but schedules are not expected to get back to normality anytime soon,” Drewry said. “If they are not already, US importers must prepare for further delays or consider switching to the much more expensive airfreight option.”

To ease the situation, carriers are temporarily suspending some calls at USWC ports and it seems very likely that others will follow the lead, it said. “Entering the slack season, lower volumes will at least give some respite but fundamental issues need to be addressed by the industry’s stakeholders if this not to be a recurring theme.”

Schedule integrity on the main East-West container trades decreased by 1.9 percentage points in November with overall on-time performance for the Asia-Europe, trans-Pacific and trans-Attlantic trades falling to 62.4% for the month, down from 64.3% in October.

Trans-Atlantic reliability was only 58.9% in November, down from 74.2% in the previous month. On-time performance of the trans-Pacific declined to 50.7% from 56.6% in October, but with more voyages it makes a bigger contribution to the total monthly change. In contrast, reliability in the Asia-Europe trade improved by 1 point month-on-month to 68.8% to keep total reliability from falling even further.