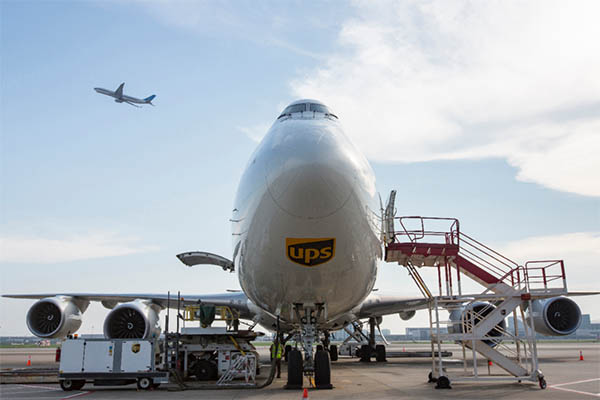 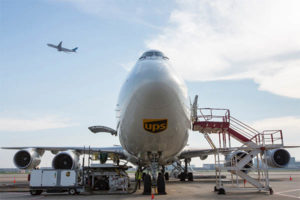 Atlanta-based logistics company United Parcel Service (UPS) said the series of service enhancements it has made in the first half of the year will impact almost 1.4 million postal codes in 41 countries and territories across the Asia-Pacific region, enabling worldwide connectivity for over 22 million businesses.

UPS on July 9 said that through improvements in its smart logistics network, it will be able to offer faster transit times, wider service footprint, and extended collection hours for export shipments.

“At the root of the investments in our Smart Logistics Network is a simple desire to make global commerce easier for Asian businesses—because when they grow, we grow too,” said Ross McCullough, president, UPS Asia Pacific Region.

In China, UPS has enhanced its services and broadened its reach across 10 cities located in the Shaanxi, Henan, Shandong, Jiangsu, Zhejiang and Guangdong provinces. Most recently, UPS improved delivery of import packages from Europe and Asia to Shanghai by one day, strengthening the competitiveness of Chinese businesses as trade becomes increasingly complex.

In Hong Kong a key enhancement this year is the deployment of three Boeing 747-8s through August 2019. The new aircraft replaces existing Boeing 747-400s on four weekly direct flights, and increases aircraft capacity by 19%, the company said in a statement.

By 2035, Hong Kong International Airport is expected to handle almost 10 million tonnes of cargo—double the volume in 2018, said Zhao.

“Enhancements like the aircraft and Shenzhen Hub upgrades will empower UPS and our customers in Hong Kong to further capture the emerging business opportunities from the Greater Bay Area and the Hong Kong-ASEAN Free Trade Agreement, which has been in effect since early June of this year.”

In Korea, the recent service enhancements carried out across the country include extended cut-off times and time-definite delivery, which cover key cities such as Gyeonggi Province, said Harrison Park, managing director of UPS Korea.

In the first half of 2019, UPS said it has completed several initiatives in the region, which is projected to account for 63% of global GDP growth in 2019.

These include upgrades in the Shenzhen Asia Pacific Air Hub to increase the hub’s processing capacity by nearly 50% in preparation for volume gains in the coming three years.

The Shenzhen hub serves as a transfer point for shipments moving within the region, and the enhancements improve both reliability and quality of service provided to UPS customers in Asia. About 550 employees maintain round-the-clock operations at the hub, which houses separate sorting and handling facilities for express and cargo shipments, on-site customs office and processing, and a dedicated 150,000-square-meter ramp with 13 aircraft parking positions. Self-operated aircraft ground-handling provides UPS, as a logistics integrator, with greater control over its 86 weekly flights in and out from the hub.

Another initiative is the reduction in transit times across 2,300 trade lanes: Intercontinental transit times have been reduced by up to four days, while shipments with destinations in Asia see transit times improved by up to two days. Korean customers with shipments destined for Europe or Vietnam strengthen their competitiveness with outbound shipments reaching a day earlier.

There is also greater capacity for shipments between South Korea and Europe, with the deployment of a Boeing 747-400 that replaces an existing MD-11, and increases aircraft capacity by more than 20%.

Another initiative is the extension of cut-off times by up to five hours for export shipments from China, Japan, Taiwan, and South Korea.

Finally, supply chain flexibility has been strengthened with Saturday pick-up services in the U.S. enabling import shipments destined for eight markets in Asia to be delivered one day earlier than before.