UPS 1Q earnings shoot up 14% as all operations make profit 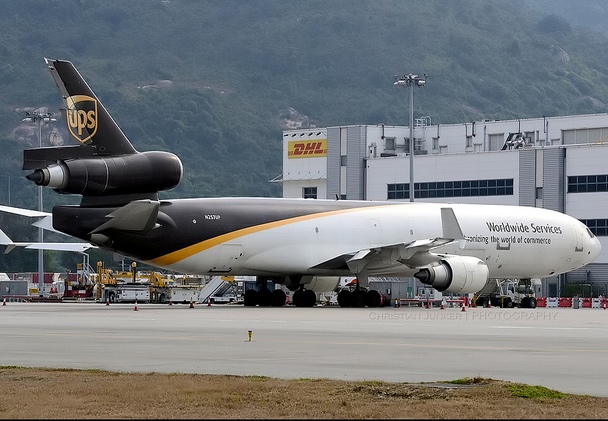 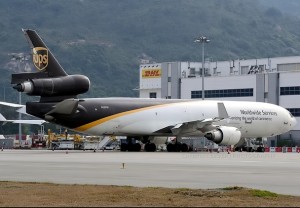 United Parcel Service (UPS) improved its profitability in the first quarter of 2015 mainly by raising prices and seeing growth in international shipment, largely from strong European exports, as it reaffirmed its earnings guidance for the year.

The express service giant said in a statement its diluted earnings per share rose to $1.12, a 14% increase over the prior-year period. Operating profit increased 11% to $1.7 billion, with all three segments contributing. Total reported revenue of $14 billion was up 1.4% over the same quarter last year. Revenue growth was 3.6% after adjusting for foreign currency changes.

“The first quarter results were favorably impacted by our continued investments and revenue management initiatives,” said David Abney, group chief executive officer. “These actions delivered high value to our customers and shareowners. We are on track to achieve the company’s long-term financial targets.”

On performance by segment, the international division was the most profitable, with operating profit at $498 million, up 14% over the prior-year period. Volume growth, price increases, and lower fuel expense all contributed to improved profitability. Operating margin expanded to 16.8%.

Total international revenue of $3 billion increased 2.4% for the quarter on a currency-neutral basis, compared to the reported decline of 5%. Lower fuel surcharges also weighed on revenue growth.

Worldwide export yield contracted 5.2% on a currency-neutral basis, with much of the decline due to reduced fuel surcharge revenue. Product mix changes and stronger intra-regional shipment growth also pushed down yield.

Export shipments jumped 6.7% led by European growth of 9.4%. In Europe, the company’s export volume has grown at an annual rate of about 9% over the past 10 years.

Revenue edged up 3.8% to $8.8 billion. Daily package volume improved 2.4%, lifted by growth in deferred air, up 12%, and UPS SurePost, up 7%. Shipment growth rates slowed, as the company chose not to renew some less profitable contracts.

Total revenue per package was up 1.3% primarily due to ground yield increasing 3.1%. Base rate improvements more than offset the impact of lower fuel surcharges. The expansion of dim-weight pricing, implemented last December 29, also boosted yields.

Although forwarding revenue declined due to currency changes and reduced prices, profitability improved over the same period last year. Congestion at the West Coast port terminals created challenges for many ocean freight customers, and many availed themselves of UPS services to speed up their ocean freight or reroute to non-affected ports, said the release.

The distribution business delivered solid top-line growth as more customers in the healthcare and retail industries patronized UPS’ supply-chain services. Operating profit and margin was limited by continued investments in technology and infrastructure.

“Solid performance across all three business segments was led by positive momentum in international, gains from revenue management and productivity improvements in the U.S.,” said Kurt Kuehn, UPS chief financial officer. “We remain on plan to meet our guidance for full-year 2015 diluted earnings per share of $5.05 to $5.30, a 6%-to-12% increase over our 2014 adjusted results.”