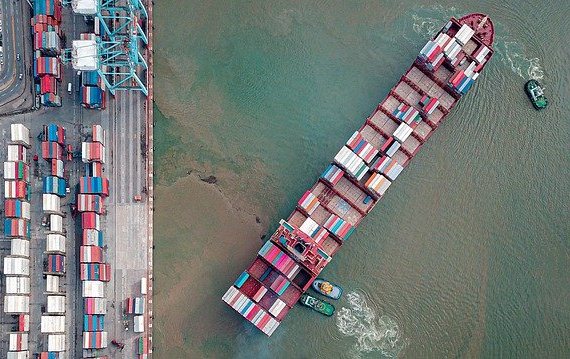 The current surge in container freight rates is pushing up global consumer and import prices, posing a serious threat to trade and socioeconomic recovery, especially for developing economies, the United Nations has warned in a new report.

The UN Conference on Trade and Development’s (UNCTAD) Review of Maritime Transport 2021 sees global consumer prices rising significantly in the year ahead until shipping supply chain disruptions are unblocked and port constraints and terminal inefficiencies are tackled.

The high freight rates, which are likely to continue in the coming months, could increase global import price levels by 11% and consumer price levels by 1.5% between now and 2023, said the report published November 18.

“Returning to normal would entail investing in new solutions, including infrastructure, freight technology and digitalization, and trade facilitation measures,” she said.

Supply chains will be affected by higher maritime trade costs. Low-value-added items produced in smaller economies, in particular, could face serious erosion of their comparative advantages, the report said.

In addition, concerns abound that the sustained higher shipping costs will not only weigh on exports and imports but could also undermine a recovery in global manufacturing.

A surge in container freight rates will add to production costs, which can raise consumer prices and slow national economies.

The high rates will also impact on low-value-added items such as furniture, textiles, clothing and leather products, whose production is often fragmented across low-wage economies well away from major consumer markets. The UNCTAD predicts consumer price increases of 10.2% on these.

The analysis further predicts a 9.4% increase in rubber and plastic products, a 7.5% increase for pharmaceutical products and electrical equipment, 6.9% for motor vehicles and 6.4% for machinery and equipment.

Demand for goods surged in the second half of 2020 and into 2021, as consumers spent their money on goods rather than services during pandemic lockdowns and restrictions, according to the report. Working from home, online shopping and increased computers sales all placed unprecedented demand on supply chains.

This mismatch between surging demand and reduced supply capacity then led to record container freight rates on practically all container trade routes.