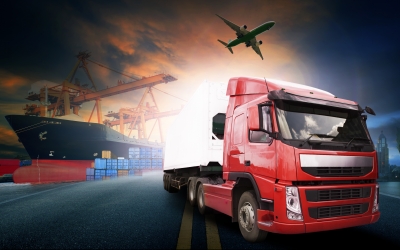 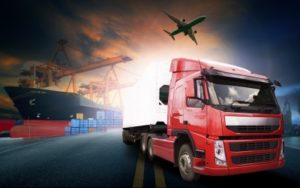 Philippine Transportation Secretary Arthur Tugade is eyeing the passage of a law that will ensure that a 30-year transportation and traffic roadmap for the country is followed, saying this will assure continued progress for the sector even with the change of government.

At the event, Tugade was also given a copy of the Philippine Multimodal Transportation and Logistics Roadmap spearheaded by PISFA. PortCalls acted as secretariat for the roadmap.

Tugade noted that every administration crafts its own development plan that unfortunately gets “thrown away” when a new government takes the seat.

Without a continuous plan, Tugade said, “it will just be a matter of time, and believe me in a short time, (before) the horrendous traffic and problem we have at EDSA will be replicated all over the place.”

“Already (the traffic problem) is being felt in Cebu, already it is starting to be felt in Davao and other areas,” he noted, adding that it is “high time” a long-term roadmap is created.

The transport chief said he has already thought of ways to fund projects under the proposed roadmap without depending on the General Appropriations Act. He said a project gets stalled if not included in the yearly GAA, so he suggests a sinking fund that will come, for example, from the sale of military lands and from a share in the purchases of gasoline.

The 30-year roadmap will be among his projects in his fourth to sixth year in office at the Department of Transportation (DOTr), if he stays, Tugade said.

The transport chief said he has already divided his term into three phases—the first 100 days to one and a half years, the second to fourth year, and the fourth to sixth year.

The first phase will be about tackling low-hanging fruits, which includes addressing present problems in traffic and transportation. For the second phase, medium-term plans include improving transportation and traffic by implementing bus rapid transit systems, cable cars, expansion of point-to-point bus systems, pontoon bridges, and double-decker buses, among others.

But aside from easing traffic, Tugade also revealed projects designed for the cargo community.

To help air cargo forwarders, Tugade said that effective August 15, the parking lot near the PAIR-PAGS Building at the airport complex in Parañaque will be opened up as a truck holding area on a first-come, first-served basis.

To secure air cargoes, Tugade said DOTr is now fitting world-class CCTVs around the Ninoy Aquino International Airport at no cost to the government. Tugade, who had been the president of the Clark Development Council before resigning to support the presidential bid of Rodrigo Duterte, said he was able to do this at Clark and plans to duplicate the feat in other terminals.

To ease traffic around the country’s main gateway, Tugade said his office, together with the Department of Public Works and Highways, will open the first phase of the NAIA Expressway project next month, and launch the entire flyover before the end of the year.

In the meantime, Tugade encourages freight forwarders to use railways, barges, or roll-on/roll-off (RoRo) vessels to move cargoes from Manila and South Luzon to help lessen traffic on roads and increase calls at terminals other than Manila’s. He assured truckers that based on DOTr’s computations, this will not lessen deliveries but instead increase business.

Tugade promised that if his plan destroys or hinders the economy, “I will stop it, I will change it, I will modify it,” adding that his goal is not to bring down business.

The DOTr also intends to phase out wood-hulled ships and vessels over 35 years old to promote safety in sea travel. He assured, however, that the government will not do so without giving assistance, such as soft financing, to those that will be affected by the policy.

The Mindanao Railway, which is one of the priority projects identified by Duterte, will be implemented within his term, Tugade said.

DOTr is also working on reducing by 50% its processing time by making most of the processes technology-based and merging some functions and offices.

Moreover, Tugade said they are reviewing the responsibilities of the DOTr’s attached agencies whose mandate is to function as both regulator and operator.

Tugade said “CAAP (Civil Aviation Authority of the Philippines) will have to make up its mind—are they operator or are they regulator?” He pointed out that the government should not compete with private business but enhance it instead. He had earlier revealed a plan to amend CAAP’s charter.