TSA plans revenue push with rate hikes in January, March and May 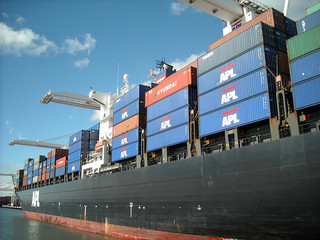 The Transpacific Stabilization Agreement (TSA) will recommend a January general rate increase (GRI) on the Asia-U.S trade lane to its 15 member-lines, even as it announced more guideline increases for March and May, as well as a new 2014-2015 contract program.

An average of US$300 per 40-foot container (FEU) will be added to rate levels come January 15 as container lines react to the steady trans-Pacific cargo growth coming off a healthy holiday season, TSA said in an e-mailed statement.

“Strong forward bookings suggest that the increase will hold through the important Lunar New Year period, and lines intend to build on the momentum with another $300 per FEU increase, effective March 15, and a further May 1 increase separate from rate adjustments planned for 2014-15 contracts,” it added.

“Carriers have left a lot of money on the table in this market as partially successful increases have been eroded over time,” said TSA executive administrator Brian Conrad. “There is now a growing sense that pent-up demand, depleted retail and business inventories, and a greater overall sense of economic security are converging in 2014. Lines are determined not to miss that opportunity.”

TSA also announced its 12-month revenue and cost recovery program for 2014-2015 contracts, which recommends increases to contract rates of $300 per FEU from 2013-2014 levels for U.S. West Coast cargo and $400 per FEU for all other cargo. A key consideration at this time is the revenue baseline set as contract negotiations move forward.

“Simply rolling over last year’s contract rates—let alone reducing the rates, as some shippers have requested—is just not workable,” Conrad said, reiterating that no major trans-Pacific carrier operated profitably in the trade in 2012 or 2013. “The goal is a meaningful net increase, with full cost recovery for fuel, chassis, free time and other costs, irrespective of supply/demand or other considerations.”