Trucks with pending applications get provisional authority to operate — LTFRB 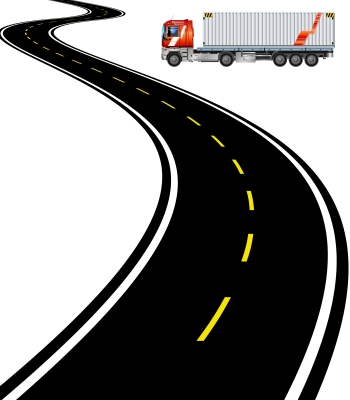 The Land Transportation Franchising and Regulatory Board (LTFRB) is giving truck operators a provisional authority to operate while their franchise applications for their tractors are pending with the agency. This is based on Memorandum Circular (MC) No. 2014-008 signed by LTFRB chairman Atty Winston Ginez dated June 17.

Under the same memo, trailers and chassis also need not secure certificates of public conveyance (CPC) from the LTFRB, a move seen as favorable by truckers. Grantees/operators of duly franchised trailers may opt to file a petition for dropping the franchise.

In the past, aside from a CPC for tractors, the LTFRB required a separate CPC for trailers and chassis. In the end, very few complied with the latter requirement partly because it took LTFRB a long time to issue the CPCs for such, and because implementation was lax and inconsistent anyway.

The LTFRB memorandum was released after the Department of Transportation and Communications (DOTC) along with attached agencies LTFRB and the Land Transportation Office (LTO) signed joint administrative order (JAO) No. 2014-01 increasing fines and penalties for public utility vehicles operating without CPCs, locally known as “colorum” operators. Under the JAO, first-time colorum truck offenders will be fined P200,000 and the vehicle impounded for a minimum of three months.

The JAO caused much confusion, resulting in the stoppage of operation of many trucks for fear that they will be apprehended because their trailers and chassis had no CPCs, among others.

Confederation of Truckers Association of the Philippines (CTAP) president Ruperto Bayocot told PortCalls in a phone interview that almost 97% of chassis and trailers in the country come with white plates and would thus be traditionally considered colorum by the LTFRB.

That being the case, Bayocot said disallowing the use of chassis and trailers because they are not covered by CPCs, would have had a far bigger negative effect than the truck ban. He pointed out that tractor units need trailers or chassis to carry container vans.

He added trailers are the property of shipping lines, but carriers do not normally apply for CPC for trailers because most are used for temporary imports.

MC 2014-008 also cut documentary requirements required for franchise application “at the time of the submission of the application” to four copies of verified application form, and certificate of registration and official receipt of the units applied for in the name of the applicant or being leased by him.

Additional documents will be submitted on the date of the hearing of the application.

The provisional authority will be stamped on the application upon filing of application and payment of filing fees.

Bayocot reminded truck drivers to carry on their vehicles their stamped application as evidence of provisional authority to operate and to avoid apprehension.

He pointed out that only LTO and LTFRB personnel are authorized to apprehend trucks under JAO 2014-01.

Bayocot said only 40% of the 8,000 CTAP-strong membership have white plates. Still, he pointed out the 40% will have an impact on cargo delivery.

As for the Integrated North Harbor Truckers Association, about 80% of its members still need to secure a CPC, according to president Teodorico Gervacio.

In a meeting with LTFRB on June 16, Bayocot said the agency promised to fast track processing of issuance of CPCs to reach its self-imposed deadline of 120 days. But Bayocot is doubtful all applications will be accommodated within that period. – Roumina Pablo