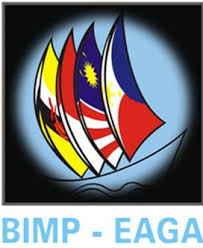 Mindanao can only reap the benefits of being part of the Brunei Darussalam, Indonesia, Malaysia, the Philippines-East ASEAN Growth Area (BIMP-EAGA) sub-region if Mindanao’s connectivity to other member-states through transportation and communication infrastructure is improved, according to the Mindanao Development Authority (MinDA).

“BIMP-EAGA, as an economy, accounts for one fifth of the total [gross domestic product] of ASEAN. [That is how big the] economy [of] BIMP-EAGA [is],” Montenegro said. He also said BIMP-EAGA sees as its strength being “a major food basket” as well as having the world’s richest biodiversity areas.

Montenegro said, however, that the promising future of Mindanao under the BIMP-EAGA will only come about if the Mindanao region’s connectivity both through transportation and communication is improved. He thus urged the national government to provide the necessary infrastructure support to Mindanao, lamenting the minimal financial resources allocated to the region.

He noted, however, that with the creation of the BIMP-EAGA Vision of 2025, “around US$21 billion worth of projects were identified,” with half of them accounting for infrastructure projects in Mindanao and Palawan.

The BIMP-EAGA covers the sultanate of Brunei Darussalam; Kalimantan, Sulawesi, Maluku, and Papua in Indonesia; the federal states of Sabah and Sarawak and the federal territory of Labuan in Malaysia; and Mindanao and Palawan in the Philippines.

Established in 1994, the BIMP-EAGA was formed to “spur economic development in the lagging subeconomies” by narrowing the development gaps among its member-states. Despite the member sub-economies being located in different countries, one of BIMP-EAGA’s advantages is the close proximity of its focus areas.

With the four member-states having many common characteristics, many have wondered how the Philippines, particularly Mindanao, can stand out, Montenegro said.

“[Many] comment, ‘What do we trade across borders? We generally provide and produce the same thing.’ We’re not looking at trading the same thing, we are looking at complementation [of products],” he said, adding that Mindanao can look into producing goods and products that are needed in other member-states.

Furthermore, Mindanao can look into participating in the global value chain (GVC) through its agriculture sector. Montenegro said that if the region can join the GVC, this can “create a dent in terms of reducing poverty in the region.”

“[You ride your] Innova—Toyota, which is a Japanese brand, but with some parts being assembled in Indonesia, rubbers in Thailand, and other electronic [parts] in several other countries. That is because of the ASEAN production network,” Montenegro explained.

“In the case of Mindanao, we don’t want to compete with CALABARZON in producing semiconductors and electronic products—that is not our strength. Our strength is in the agri sector—where 40% of the country’s food trade comes from and where 60% of jobs created in Mindanao are related to the agriculture value chain,” he added.