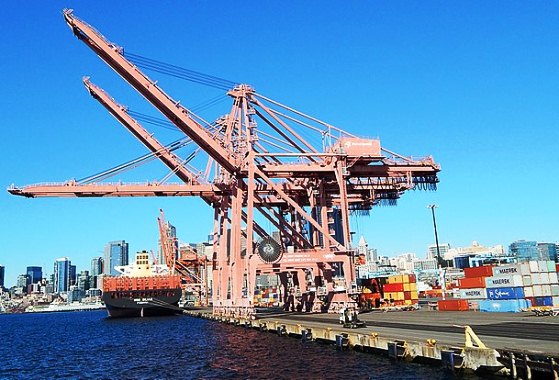 Rates on the trans-Pacific trade lane are seen to head further north in August as a host of port congestion surcharges, peak season surcharges and other charges come into effect, according to S&P Global Platts.

Unpredictable lead times in Asia and aggressive frontloading by shippers have led to more cargo routed through the US Pacific Coast, or West Coast, as import demand increases, which has escalated capacity constraints and pricing, it added in a new report.

During the week ended July 30, S&P Global Platts said it heard North Asia to West Coast North America premium bookings as high as US$18,000 per forty-foot equivalent unit, significantly higher than the $10,000 to $13,000 per FEU average heard in weeks past.

However, sources said most bookings into the Pacific Coast have not yet reached the $18,000/FEU level, and instead float closer to $15,000/FEU, it further said.

The commodities information and price benchmark provider added that in Southeast Asia, premium rates continue to go up with operations at Vietnam ports coming to a halt amid pandemic lockdown restrictions and infections rising in Indonesia.

The increasing pile-up in Vietnam is likely to cause further troubles at the transshipment ports in Asia, majorly Singapore, which has already been congested for over a year now, Platts said.

While the impending August GRIs and a likely ramp-up in demand before the Chinese Golden Week holiday, which starts in October, are likely to push prices further up, the premiums have spread to short-haul ex-Asia and intra-Asia routes.

“Now there is a premium everywhere but no certainty on space,” an exporter based in India said. “We are wary of taking orders on the CIF basis as there are drastic increases in freight rates overnight. If things keep going this way, we will have to shut our shops.”