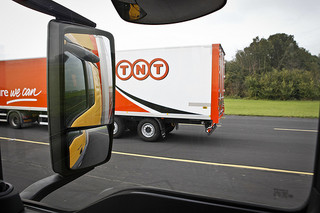 The sale is expected to be completed in the second half of 2013, with a partial  payment to be made by 2014.

TNT Express interim CEO Bernard Bot said that following the transaction, the company will focus on developing its international express delivery service to and from China.

The European logistics firm has 3,000 employees and a network of 36 depots across mainland China and three international gateways in Beijing, Shanghai, and Shenzhen.

The Hoau sale is part of the company’s new business strategy, announced late last month, to improve its profitability following the collapse of negotiations for UPS to take over the company. TNT Express’ business plans also include disposing of its Brazil domestic business, focusing on its most profitable operations, streamlining the organization, improving efficiency, and investing in infrastructure and IT-related businesses.