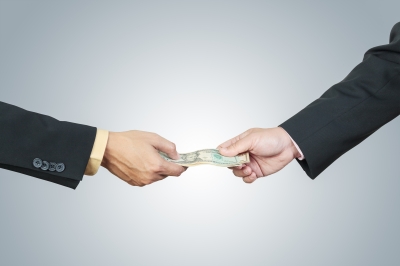 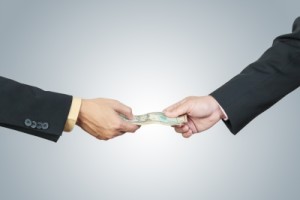 The Bureau of Customs (BOC) is ranked in the latest survey of the Social Weather Stations (SWS) as the most corrupt of the 36 government agencies in the country.

BOC still received a ‘very bad’ rating with a score of -55 in its sincerity to fight corruption, up from -63 in 2013, according to the 2014/15 SWS Survey of Enterprises on Corruption. The survey was based on face-to-face interviews with executives from 966 enterprises in the National Capital Region, Metro Angeles, Cavite-Laguna-Batangas area, Metro Iloilo, Metro Cebu, Metro Davao, and Cagayan de Oro-Iligan over the period November 14, 2014 to May 12, 2015.

Customs Commissioner Alberto Lina, when asked in a press conference on August 28 about the results, said he’s hopeful BOC will not be perceived as the most corrupt in the next survey.  He is also hoping for the passage of the Customs Modernization and Tariff Act and exemption of the agency from the salary standardization act so BOC can have the “right pay and right size.”

According to the SWS survey, 21 of the 36 institutions received favorable ratings, nine had a neutral score, and six were unfavorably rated.

Garnering ‘very good’ ratings are the Securities and Exchange Commission (+63), Social Security System (+57), Philippine Stock Exchange (+55), Office of the President (+54), and Department of Trade and Industry (+51).

Ratings of ‘neutral’ went to the Department of Interior and Local Government (+9), Trial Courts (+6), Department of Environment and Natural Resources (+6), Armed Forces of the Philippines (+4), Department of Budget and Management (-7), Department of Transportation and Communications (-2), Senate (-2), Bureau of Internal Revenue (-4), and Commission on Elections (-6).

The Department of Agriculture (-10), Philippine National Police (-16), Department of Public Works and Highways (-21), House of Representatives (-25), and Land Transportation Office (-26) all had ‘poor’ ratings.

However, the survey found a record low 32% of Filipino managers saying they had personal knowledge of a corrupt transaction with government in the last three months in their line of business. This surpasses the previous record low of 33% in 2012.

The survey also found 11% of the polled executives saying the government “often/almost always” punishes corrupt government officials, a record low compared to 20% in 2013 and 27% in 2012.

Nine out of ten respondents, meanwhile, agree that corruption will be reduced with the passage of a strong law on the right of people to information from the government.” This is 12 points above the 78% in 2009, and 2 points up from 88% in 2013.

A majority or 79% of executives say the procedures or system of transactions of city/municipal offices that they have had dealings with is somewhat/definitely transparent, a new high compared to 74% in 2009, 73% in 2012, and 78% in 2013.

Meanwhile, solicitation from enterprises of any of these seven listed bribes—getting local government permits/licenses, assessment/payment of income taxes, getting national government permits/ licenses, supplying government with goods and services, collecting receivables from government, availing of government incentives, and complying with import regulations—is 44% in 2014/15, unchanged from 2013 and 6 points down from 50% in 2012.

Image courtesy of FrameAngel at FreeDigitalPhotos.net