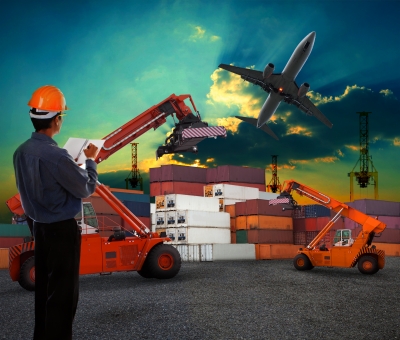 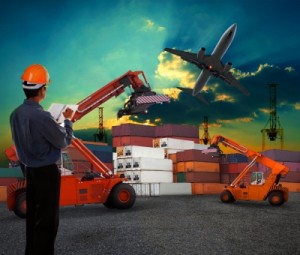 Government policies implemented one after another are testing the resiliency of transport industry stakeholders, with some describing the first half of the year as challenging, to say the least.

Coming from an equally taxing 2013 that was witness to natural calamities and policies, such as the temporary truck ban in December that restricted deliveries during the peak season, 2014 greeted the industry with even more problems, foremost of which was the controversial Manila truck ban implemented on February 24.

On the day that President Benigno Aquino delivers his State of the Nation Address, PortCalls is publishing results of its interview with various private sector executives about their take on what’s happening to the transport sector.

Ruperto Bayocot, president of the Confederation of Truckers Association of the Philippines (CTAP), called the year’s first half an “acid test for the survival of the Philippine trucking industry”.

The Manila truck ban, he said, “significantly decreased the trip of truck operators”.

The policy has since translated to higher trucking rates; all kinds of surcharges being levied on shippers; delays in shipments; occasional shut down in operation of manufacturers, importers and exporters; vessels skipping Manila ports; container yards heavily congested with empty containers; and even truck drivers switching professions. Container terminals are also operating at a maximum, with operators saying it would take months before utilization retreats to more ideal levels.

And just when there was some relief in sight with the 24/7 express truck lane, the government increased to P200,000 the penalty for trucks operating without a franchise.

Bayocot noted that “unfortunately 90% of trucks plying the roads nowadays are green plated” or operating without a franchise, in the process restricting the number of vehicles on the roads.

“The high cost of fuel and sagging economy greatly hampered profitability of the trucking business” in the first half of the year, Bayocot said.

A victory of sorts that truckers can lay claim to, he said, is the ditching of a requirement for a franchise for trailers and chassis along with the suspension by the Department of Public Works and Highways of the gross weight limitation on trucks (but only until July 31).

Supply Chain Management Association of the Philippines president Arnel Gamboa agreed that the truck ban and the higher penalty on illegally operating trucks have greatly affected the country’s supply chain.

“The state of Philippine logistics and supply chain has deteriorated and (the industry is) challenged constantly at every turn – agitated by both climate change and man-made instruments such as policies and ordinances,” Gamboa pointed out.

Port congestion countermeasures and importers and brokers’ new accreditation process were also a few of the challenges faced by the supply chain in the first half.

As part of government measures to curb smuggling, the Department of Finance in February issued new accreditation rules for importers and brokers at the Bureau of Internal Revenue and the Bureau of Customs. Much confusion has since attended the ruling, with many applicants complaining of slow, tedious and unclear regulations. It is feared that there will be some who may not meet the July 31 accreditation deadline. Without the accreditation, stakeholders may not transact with the BOC and import cargoes.

Gamboa said: “The results of the World Economic Forum study and rate card for Logistics Performance Index in the past four years clearly show how the Philippines has been slipping in terms of competitiveness in logistics. Since logistics serves as the pulse of the economy, the series of setbacks will ultimately reflect on our gross domestic product and partly with inflation rates.”

Even Trade Secretary Gregory Domingo recently said the country’s GDP projections would have to be revisited due to the effects of the truck ban.

As a result of the logistics gridlock, Chamber of Customs Brokers of the Philippines president Joseph Tabirara said, “Commodity prices have gone up so high, export companies can no longer comply with their commitments thus losing their foreign buyers…. (and in the meantime) imported consumer products are stacked in vessels waiting for their turn to unload their cargoes, further increasing commodity prices”.

Shipping lines are also hurting. “Growth is very marginal and the state of the ports due to the effect of the truck is a major concern for carriers,” Association of International Shipping Lines, Inc. president Patrick Ronas said.

Ronas noted AISL had pushed their contractors to come up with new depots out of Manila such as in Bulacan and Cavite, which he described as “unprecedented.”

He earlier said that amid the port congestion, foreign shipping lines prioritized pulling out laden export containers instead of empties. But when empty boxes are left behind, foreign carriers also incur costs with shut-out charges and storage fees.

The lines’ priority has increased the volume of empty boxes in Manila ports and container yards. At one point, the Manila International Container Terminal temporarily shut down its empty container depot to provide more space for laden containers.

The effects of the truck ban has spilled over to domestic shipping industry.

According to Jose Manuel Mapa, executive vice president for group relations management and central sales of domestic carrier 2Go, lines have been “badly affected” by the increase in trucking rates and slow turnaround of trucks.

Erich Lingad, vice president of the Philippine International Seafreight Forwarders Association (PISFA), noted that the trade picture was good in the first half but stifled by challenges in trucking.

The only positive note, Lingad said, is that the Philippines is now “realizing we really have to focus on logistics” and that it is an “integral part of the economy.”

Hopes and dreams
SCMAP’s Gamboa said, “At this point, our sincerest wish and prayer for our national government is to effectively intervene in behalf of the Philippines businesses and citizens before the logistics conundrum severely affects the overall performance of the nation,” adding that SCMAP hopes the government approach in addressing the challenges “will be transparent, objective and conscientious of the impact on all stakeholders”.

CTAP, for its part, wished that policies regarding the truck ban, towing and penalties be issued only by the national government, in contrast to the Manila truck ban decreed by the Manila city government.

Bayocot lamented that the trucking industry, “a neglected sector of our society despite its contribution to our economy”, also hoped for stronger government support through policy programs, assistance and plans to uplift the industry.

Association of Offdock CY CFS Operators of the Philippines president Alexander Ong said the sector is looking at the fast tracking of the pullout of empty boxes and the normalization of port utilization.

The domestic shipping industry, on the other hand is hoping for ports modernization and additional port facilities, said 2Go’s Mapa. Domestic carriers usually buy self-sustaining vessels, which are costlier, because the country’s outports lack facilities.

For the remaining term of President Benigno Aquino, CCBI has a long list of wishes: Creation of a Trade Facilitation Council with the right team composition; re-routing of all vessels to Subic or Batangas ports until Manila Ports have been decongested; a requirement for all international shipping lines to have their own empty container depot; a review of all charges imposed by international shipping lines and offdock CY/CFS and cancellation of charges unfairly imposed and/or reduction of those rates unfairly increased; regulation of trucking rates; postponement of the deadline for the accreditation of brokers and importers to December 31; and immediate release or donation of all cargoes fit for human use and or consumption overstaying at the ports to the Department of Social Welfare and Development.

PISFA’s Lingad hopes for a “long-term logistics roadmap”, with concrete plans on airports and ports so businesses would know where to focus their investments.

In conclusion, SCMAP’s Gamboa said, “The hard earned success of the PNOY administration over the past years on corruption may easily be overshadowed by… the logistics gridlock now being experienced and stifle momentum of the Philippines in being the next tiger economy of ASEAN.” – Roumina Pablo