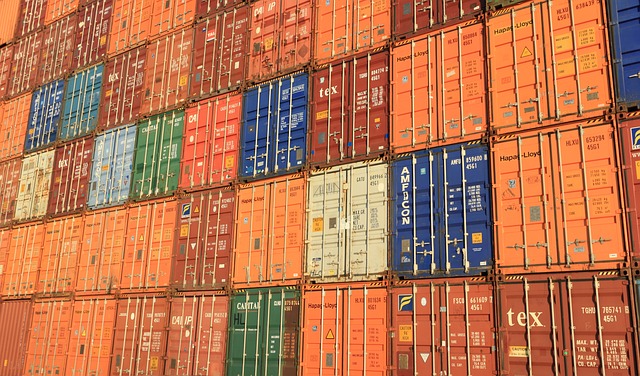 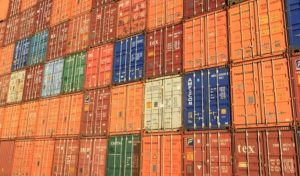 Logistics stakeholders are proposing measures such as transferring empty containers to Batangas and Subic for repositioning and pulling out cargoes on weekends to ease the current high utilization at Manila ports and congestion at empty container yards.

Identified as reason for high port utilization is a confluence of the following incidents:

An exporter complained the shipping line they use recently had to queue for 14 days to berth, affecting operations and increasing costs. The exporter acknowledged that at the time of the meeting called by EDC-NCTL, queuing time has been cut to seven days.

For weeks now, there has been an outcry among stakeholders over alleged port congestion at Manila’s two international terminals, a claim disputed by government agencies Bureau of Customs and Department of Trade and Industry. DTI and BOC had issued a press statement in mid-October saying there is a “perception” of port congestion due to the queue of trucks outside the ports. The queue, the agencies said, is caused by port operators’ policy of limiting entry of empty container vans.

Rivera said the average dwell time of import laden containers at South Harbor was 6.8 days, exceeding the ideal five days. This situation, he explained, would have been easily manageable if it were off-peak season.

He noted this is why during forums, he would remind consignees to immediately pull out cargoes.

Rivera said another factor for vessel queuing is inclement weather, which interferes with port operations. He noted that aside from Manila ports, other transshipment ports such as Kaohsiung have also been affected by bad weather of late.

At MICT, Tolentino said the dwell time of import laden containers was 6.5 days with overstaying containers taking up 10% of capacity.

Rivera said South Harbor’s yard utilization for laden containers was 90%, and for empty containers, 85% to 86%.

For MICT, Tolentino said empty containers numbered about 11,000 TEUs, which way exceeds the 9,000 TEUs allocated by the terminal for such boxes. For laden containers, average utilization is between 80% and 90%, decreasing during weekends and Mondays.

Historically, transactions are low on weekends and Mondays, though port operators earlier said overall utilization has improved somewhat since the implementation of the Terminal Appointment Booking System.

At a Bureau of Customs port users’ summit last June, a private sector stakeholder working for a multinational noted that the ideal yard utilization of a port is between 60% and 70% with a maximum container dwell time of 10 days. Going beyond these figures was already an indication of port congestion.

Burden of overstaying boxes
Also taking up capacity inside terminals are overstaying containers.

Association of International Shipping Lines (AISL) general manager Atty. Maximino Cruz identified two types of overstaying containers: those processed by customs but remain unclaimed, and those unprocessed for some reason and abandoned or seized in favor of government.

He said that based on his recollection, there are about 2,000 units of abandoned or seized containers at MICT and around 1,000 at South Harbor.

He said relieving ports of overstaying containers would add to customs revenues, promote efficiency at ports, and allow shipping lines to get their containers back.

ICTSI’s Tolentino said there is a new customs-bonded terminal in Angat, Bulacan where overstaying containers may be transferred. However, it’s still not clear which party will pay for the transfer of containers, he said.

Congested off-dock depots
Aside from vessel queuing, truckers at the EDC-NCTL meeting complained about the slow turnaround and the difficulty of servicing laden containers with trucks more preoccupied with the issue of empty container returns.

Container Depot Alliance of the Philippines (CDAP) president Roger Lalu said current utilization at CDAP members’ container yards in Metro Manila is already 115%. He noted that previously, CDAP members’ container yards had a capacity for 21,000 twenty-foot equivalent units (TEUs), but this figure has now dwindled to 13,000 TEUs after some members closed their depots.

He added the dwell time of empty containers has also doubled to 30 days from 15 days.

Lalu said some members are already setting up container yards outside Metro Manila, particularly in Bulacan. He noted that a yard with a capacity of 3,500 TEUs is already operating in the area while another with a 4,000-TEU capacity will open in November.

He added CDAP is looking at other locations in Bulacan to put up a container yard, but securing permits from local governments is a challenge.

AISL president Patrick Ronas acknowledged that, at the time of the EDC-NCTL meeting, “shipping lines are having a problem positioning their empties out, that’s why it’s also causing some pressure on the part of the off-dock depots.”

He said shipping lines also understand terminals are trying to control their space allocation for empty containers in their yards as they are prioritizing laden containers.

Ronas said this is why carriers are now looking at moving some of the empty containers either to Batangas or Subic.

Two more depots are being put in Bulacan by non-CDAP members, he noted.

Ronas pointed out, however, that sweepers are “very costly” to operate especially in light of higher fuel and charter costs.

Cruz asked terminal operators if sweeper vessels would be given priority berthing if they called regularly. Rivera said ATI would, if each sweeper picks up 2,000 TEUs of empty containers in one call.

Tolentino committed priority berthing to sweeper vessels but only at Subic port. He noted that MICT is focused on servicing vessels with laden containers.

He said, however, there are many shipping lines “responsible about evacuating their empties,” especially since these are needed at other ports such as Ningbo, Shanghai, and Bangkok.

During the meeting, there was also a suggestion to allow domestic port North Harbor to temporarily handle international containers to ease the current high utilization of ports and address the high number of empty containers in the country.

A representative from the Philippine Ports Authority (PPA) said this may be difficult because North Port’s contract is specific to handling domestic cargoes.

In December 2015, the Bureau of Customs awarded Manila North Harbour Port, Inc. (MNHPI), operator of North Port, a certificate of authority to operate as an Authorized Customs Facility, which basically allows it to service international cargoes.

The decision has been questioned by some sectors precisely because of the nature of the concession contract signed by MNHPI with PPA. The BOC order has since been left unimplemented.

Things getting worse
AISL’s Cruz said another factor contributing to high port utilization getting “worse today” is the widening trade imbalance, with the country seeing a 3:1 ratio in import and export containers. This means a high number of empty containers is left in the country waiting for repositioning.

He said infrastructure must be put in place, such as expanding the capacity of terminals and empty container yards, and putting up more road infrastructure such as connector highways.

Tolentino noted MICT is actually being expanded with the completion of Berth 7, and the demolition of warehouses inside the terminal for more yard capacity. There is also a petition to construct Berths 8, 9, and 10.

ATI is likewise implementing an expansion program for South Harbor.

In addition, there is a suggestion to expand Subic, currently only about 40% utilized, and Batangas. – Roumina Pablo