SMC offers to build airport on reclaimed land for $10B 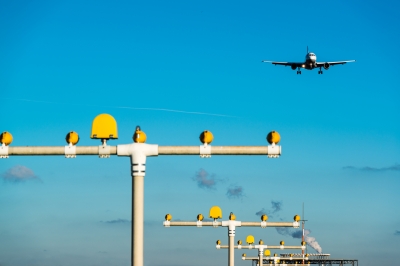 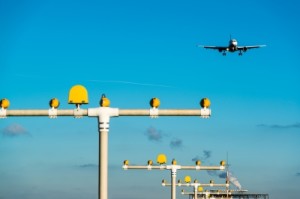 Diversified conglomerate San Miguel Corp. has presented to Malacañang a $10-billion plan to build a brand new airport which it says will beat the air terminals of Hong Kong and Singapore.

The proposed airport will be constructed on the Cyberbay reclamation area along the Manila-Cavite Coastal Road, according to a local newspaper report.

“The planned gateway will have four runways with a length of 3,600 meters each and can accommodate as many as 250 plane take-offs and landings an hour, dwarfing the 40-an-hour capacity of the current Ninoy Aquino International Airport,” SMC president Ramon S. Ang said.

In contrast, Hong Kong and Singapore each have two runways in their airports.

Ang boasted that four Airbus 380 planes could land on the new airport at the same time.

The $10-billion estimated cost includes an elevated tollroad that would connect the proposed airport to the Makati central business district, the SMC executive said.

“If they agree to this, it will be a massive infrastructure project beating Hong Kong and Singapore. It will be the best airport in the region,” Ang said.

Michael Sagcal, spokesman for the Department of Transportation and Communications, said the agency was “very open” to the SMC proposal to establish the airport in the bay area covering the cities of Parañaque and Las Piñas.

“We invite SMC to make a more formal presentation and to submit a proposal to us,” Sagcal said.

Transportation Secretary Joseph Abaya was present when Ang unveiled the airport plans to Aquino who, Ang claimed, was “happy” at the proposal.

The project would take up the 157 hectares of reclaimed land at Cyberbay. The land is located near Entertainment City, a resort and casino strip of developed by the state-run Philippine Amusement and Gaming Corp. (Pagcor).

Ang said the entire airport would need 1,600 hectares and that more reclamation would be done while Cyberbay could have a small stake in the project.

Ang said SMC was proposing to build the new airport for the government without owning the facility itself. He added that upon completion, the airport property would be turned over to the government and SMC would get compensated by operating it.

Ang was suggesting the privatization of the prime property, which he estimated could raise up to $10 billion for the government. “This could be another CBD (central business district),” he said.